Sarah Rose Sharp is a Detroit-based writer, activist, photographer and multimedia artist. She writes about art and culture for Art in America, Hyperallergic, Flash Art, Sculpture Magazine, ArtSlant, Wallpaper, and others.

Sarah was named a 2015 Kresge Literary Arts Fellow for Art Criticism and is a 2018 recipient of the Rabkin Foundation Prize. She is a guest lecturer at several universities in Southeast Michigan and served as a mentor in the NYFA Immigrant Artist Mentorship Program in 2018. Sarah has served as guest curator and juror for institutions including Penn State University (State College, PA), Scarab Club (Detroit, MI), The Terhune Gallery (Toledo, OH), South Bend Museum of Art (South Bend, Indiana), and The Ann Arbor Art Center (Ann Arbor, MI).

Sarah has shown her own work in New York, Seattle, Columbus & Toledo, OH, Covington, KY, and Detroit—including at the Detroit Institute of Arts—with solo shows at Simone De Sousa Gallery and Public Pool in Detroit. She has an undergraduate degree in Theater Design (Costuming) from University of California at Santa Cruz, and was named a CA Merit Scholar for Creative Writing, at CalArts in Valencia. 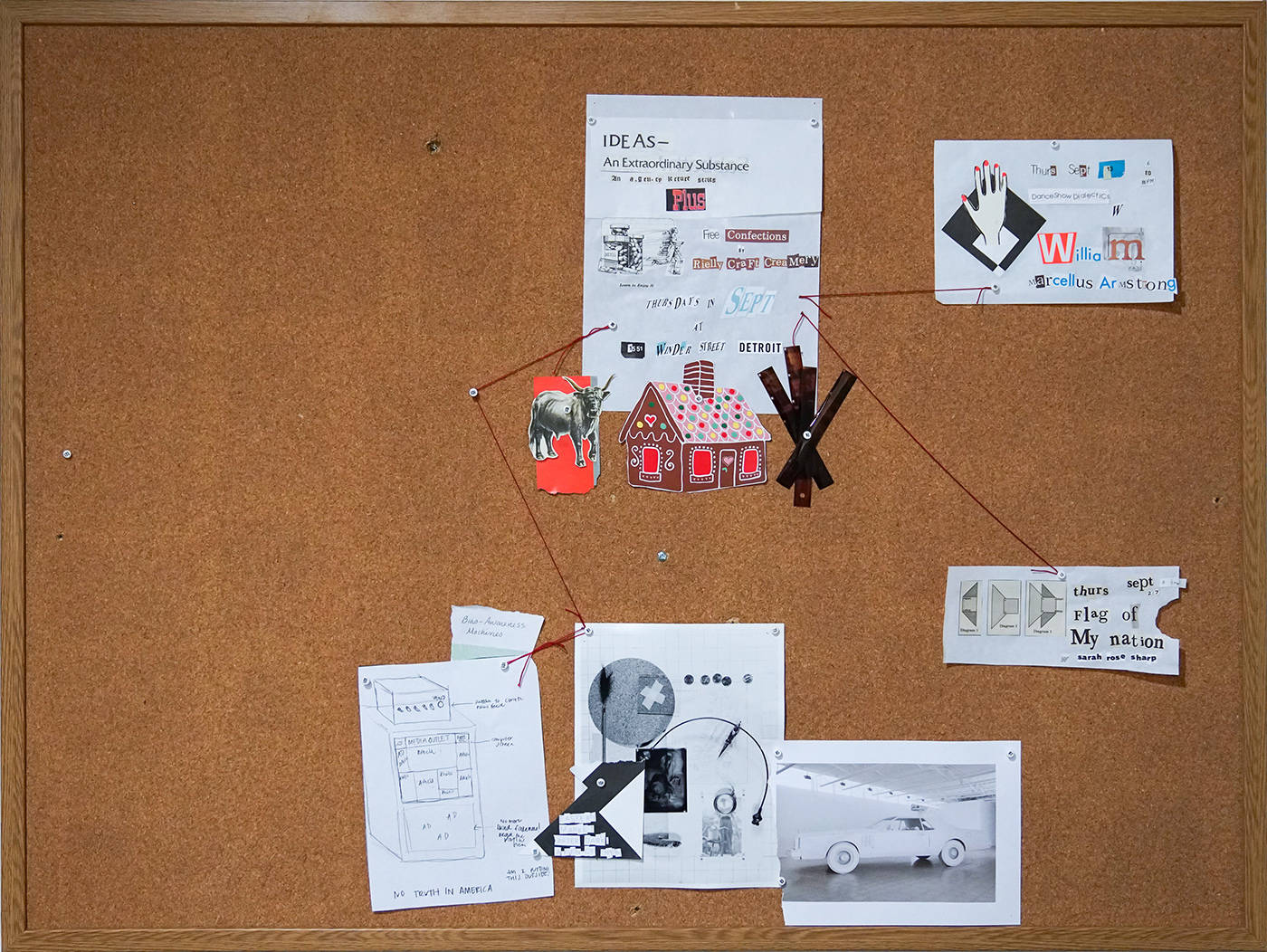 when do we whisper? WHEN DO WE SHOUT?