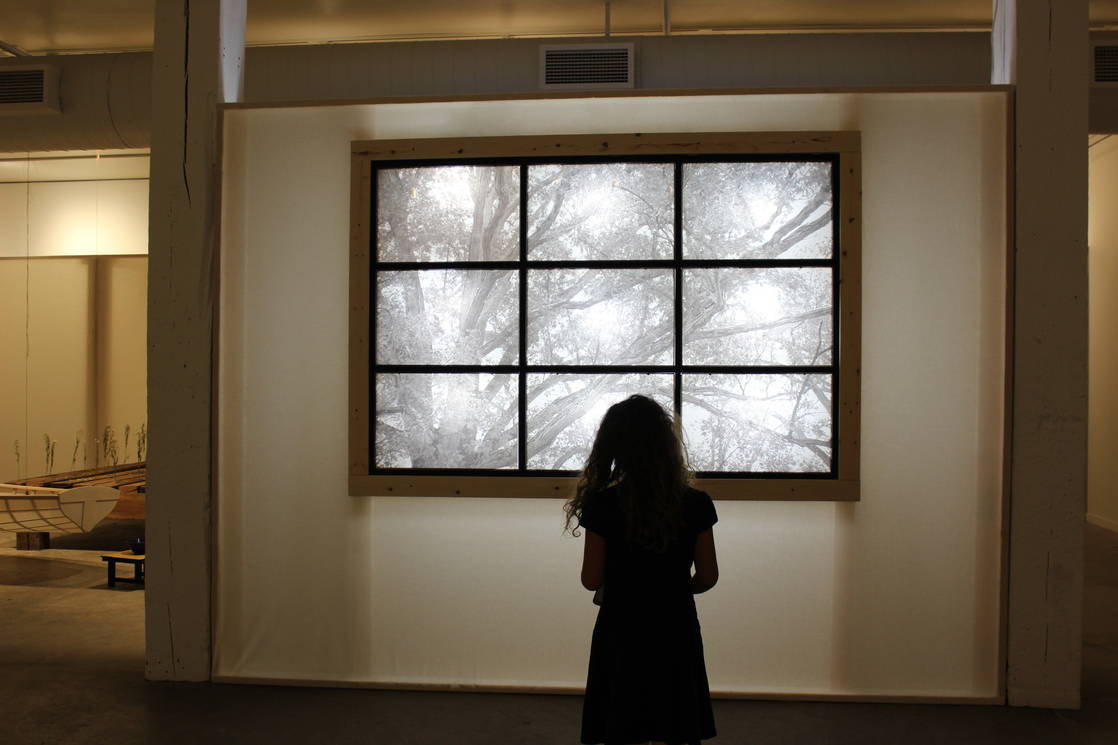 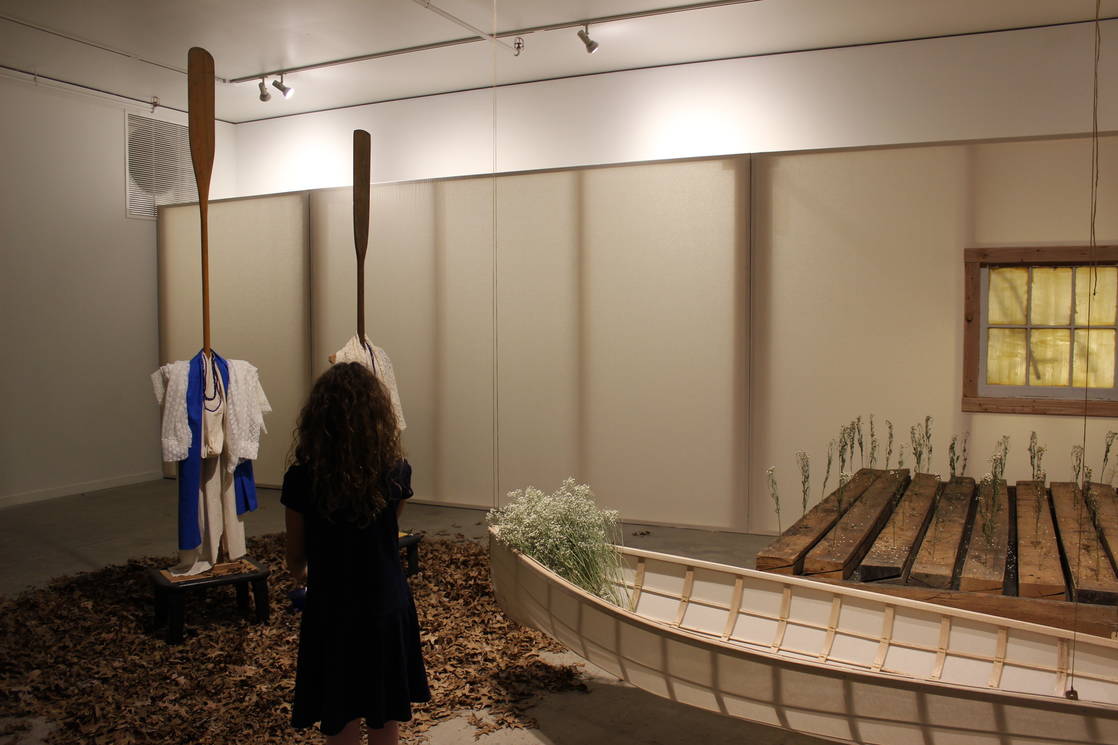 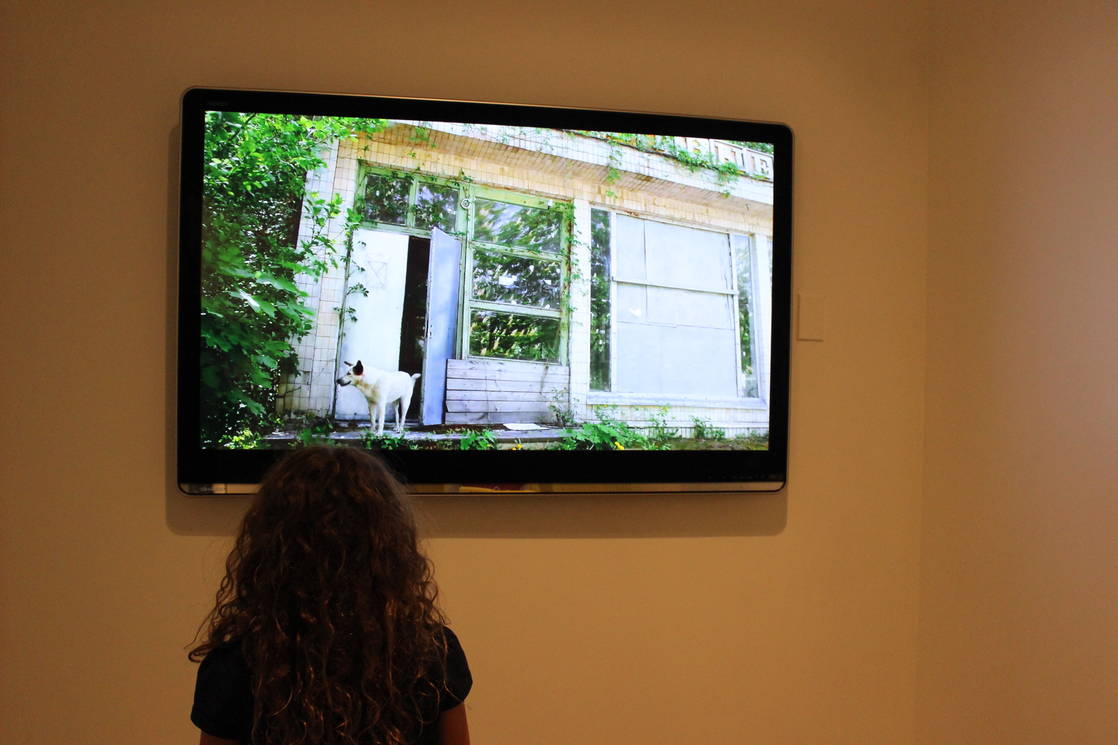 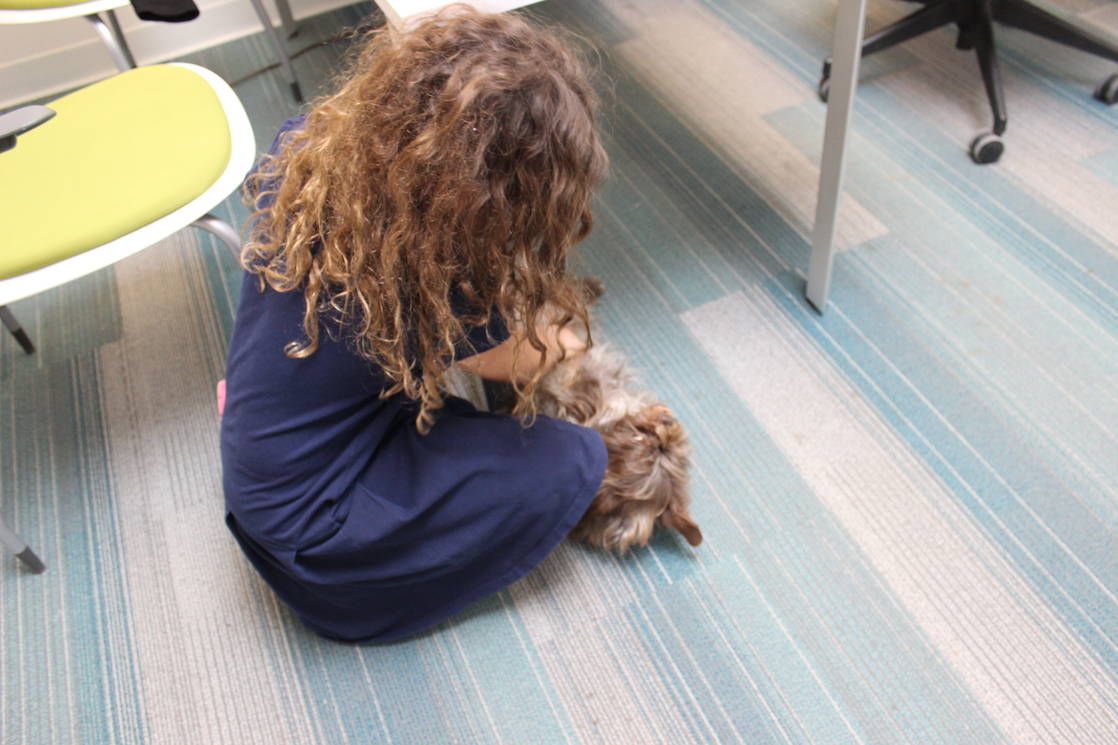 For this edition of "Kid Art Review" our guest reviewer is Sélah who is a fan of grilled food and reading comic strips. Sélah joined us after school one day this month and gave us her review of our current exhibitions.

(Sélah) “The Circulation Desk” in The News Gallery by Danny Volk because it looks like a grill and I like grills because they make good food.

(SP): If this artwork were a movie what kind of movie would it be? A love story, science fiction, comedy, documentary, action, horror, etc.?

(Sélah) Comedy, because the newspapers remind me of comic strips you see in newspapers.

(SP) What do you think a caveman would think of this artwork?

(Sélah) He would think it’s a piece of meat, because The Circulation Desk handles look like a bone with meat on it, like on a grill.

(SP) How would you explain this art to an alien?

(Sélah) I would tell the alien it is a newspaper, because that’s what it is.

(SP) If you could sum the show up in one word what word would that be?

(Sélah) Meeting, because this is kind of like an art meeting.

(SP) ok so what we’re doing

(SP) If there was one question you could ask the artist what would that be?

(Sélah) Why did they make this?

(SP) If there was one thing you could say to the artist what would that be?

(Sélah) Your art is cool!

(SP) Out of 5 Truman’s how many Truman’s would you give this show?

(Sélah) Five Trumans, because the art reminded me of a grill and i like grills.