"...in a most dangerous manner" 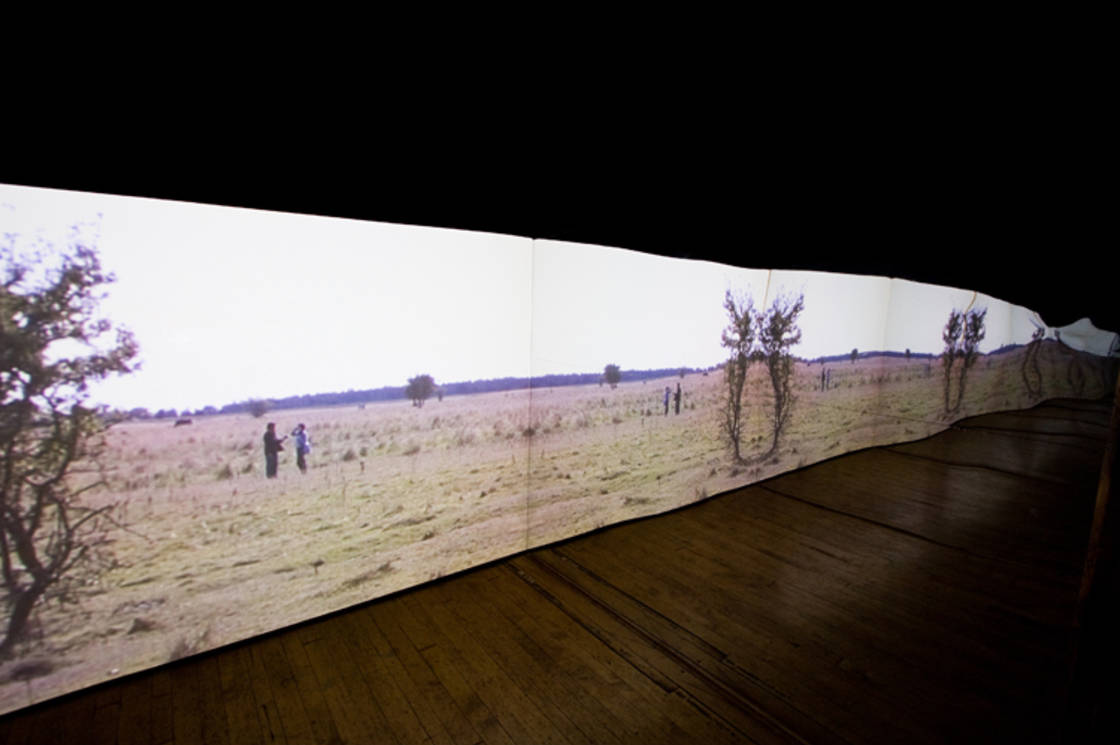 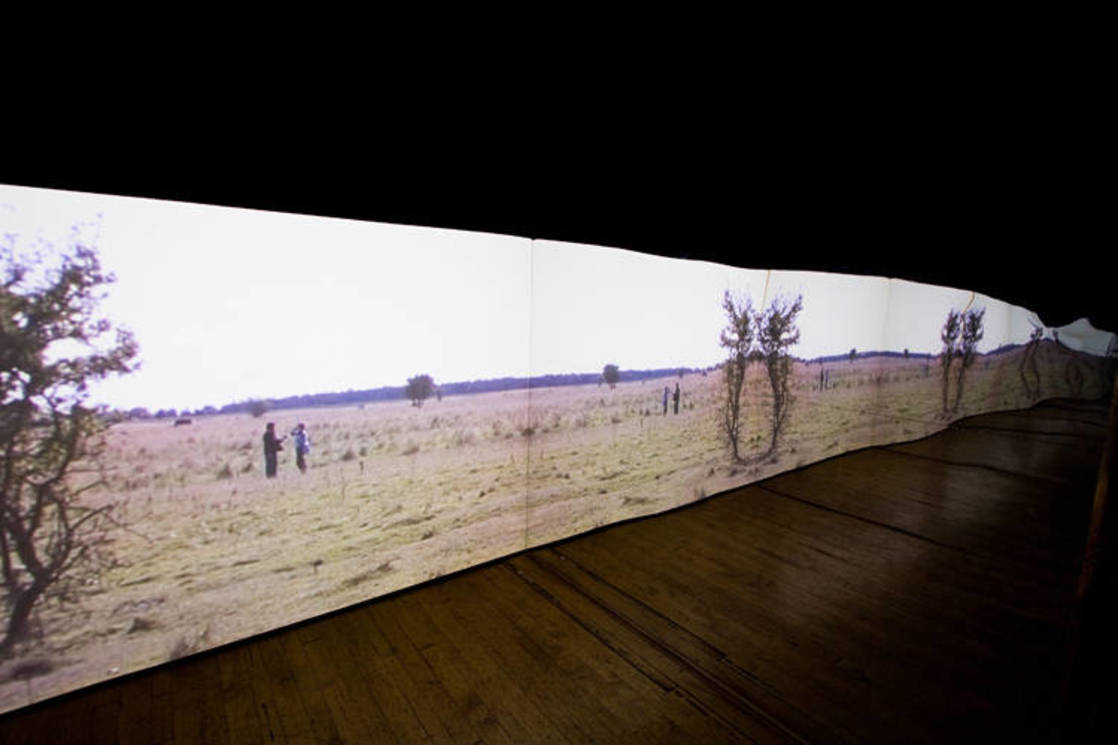 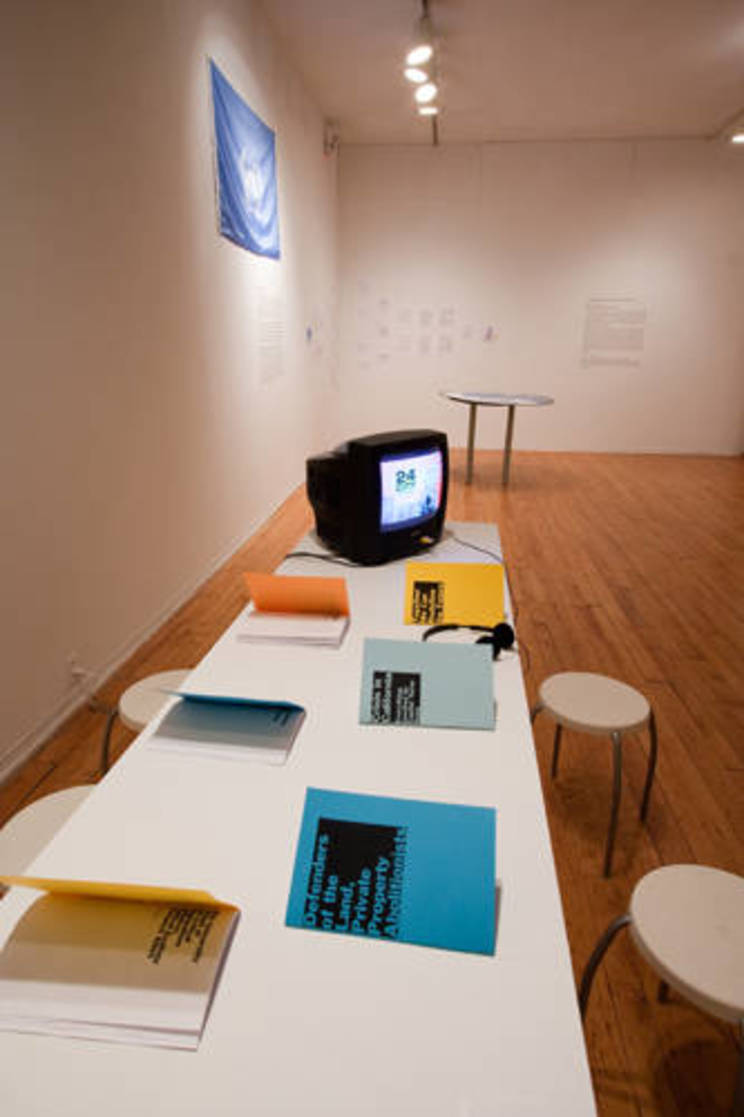 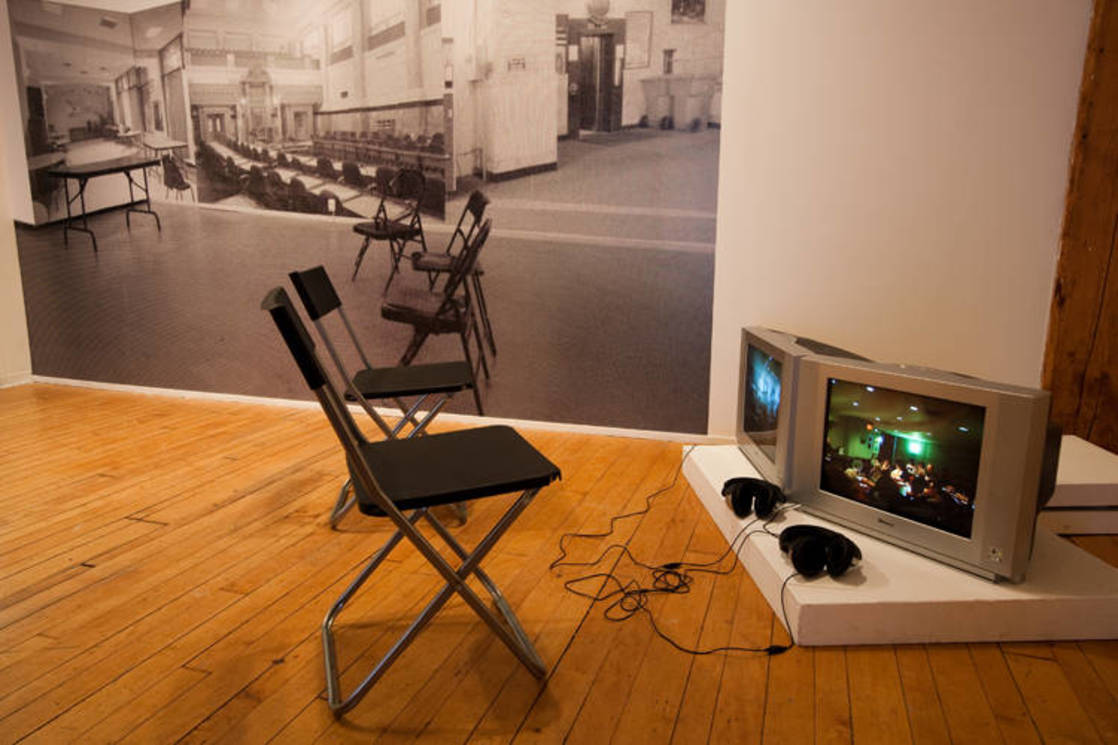 "... in a most dangerous manner" serves as a working research archive that demonstrates how "economic crises" have often been used to restructure and restore class divisions. The exhibition seeks to recast current economic conditions as not quite a crisis, a temporal anomaly, nor a failure in governmental regulations, but as a cycle common to the last 150 years of American (and increasingly global) financial markets. Employing abstraction, metaphor, and narrative, the artists inject their work into current discussions surrounding economic recovery and stability, while imagining potential exits from this system.

Featuring projects from a mix of emerging and established national artists, "...in a most dangerous manner" showcases art, a publication, found objects, documents, screenings, performances, and town-hall discussions. The exhibition presents work that names and locates the various physical and material sites that have been invested, degraded, and subsequently contaminated by a culture of market-driven speculation.

Works by Lize Mogel and Allan Sekula look at the role of shipping routes in global trade. In Area of Detail, Mogel examines how the melting of the North Pole opens possible markets of transport and energy. In a similar vein, Sekula's video, The Lottery of the Sea, expands upon a phrase from Adam Smith's Wealth of Nations, while providing an illuminating portrait of various global ports.

Moving from the routes of capitalism to a grounded industrial footprint, Julia Christensen's The Futures Cycle provides a counter narrative to corporate divestment in the Midwest by projecting into the near future of 2040. The newly formed Ohio University School of Art Critical Regionalism Initiative also focuses on this region and an examination of coal mining in Southeast Ohio. The group will premiere their project for this exhibition, bringing the ideas of site-specificity in contemporary art into fruitful contact with the work of both governmental agencies and nongovernmental activists on a range of regional issues. Claire Pentecost explores the Midwest as it relates to other farming zones internationally. In her photographic series, Natural Relations, the mega-scale of agribusiness parallels the former steel and coal giants of the previous decades, as well as the social and ecological disparities that accompanied them.

Part of the curatorial impetus for the exhibition is to demonstrate how financial markets traverse and restructure global, regional, and personal scales. Elaine Gan's video installation juxtaposes footage from live satellite management systems. By extracting video and animation from these programs, Gan reveals how futures are plotted and predicted in the various information technologies available for corporate research. In a similar vein, Sabine Bitter and Helmut Weber contribute work that reflects the last several years of struggle around displacement and privatization in Vancouver as the city prepares to host the 2010 Winter Olympics. In "We Declare" Spaces of Housing, Vancouver 2008, the artist team looks at sites and institutions where decisions regarding housing are made.

Some of the time-based media in the exhibition provides a poetic analysis of the contemporary moment. In What is Capitalism, Katya Sander touches upon subjective and cultural impressions of capitalism in its current state of crisis. Benj Gerdes and Jennifer Hayashida's Populus Tremula is a 16mm film loop that extends from their artistic research into the work of the Swedish industrialist (and founder of the Swedish Matchstick Corporation) Ivar Kreuger (1880 ? 1932). In 2007, The Economist called Kreuger "the world's greatest financial swindler". The film installation consists of contemporary footage shot in Swedish factories that have been active since the 19th century, but now have almost fully automated manufacturing processes. While Gerdes and Hayashida's project may seem removed from the present day, the financial practices upheld by the monopoly king, Kreuger, are currently enacted by the IMF and WTO, which provides a haunting coda to the exhibition.

Steven Lam is a curator, artist and the Associate Dean at The Cooper Union School of Art. He teaches at the School of Visual Arts, NYC. With a recent focus on geo-zones outside Euro-America (such as China), Lam has been involved with the curatorial team for the Third Guangzhou Triennial. Lam was a Helena Rubinstein Curatorial Fellow at the Whitney Museum Independent Study Program and a Lori Ledis Curatorial Fellow at Rotunda Gallery, Brooklyn. Recent exhibitions include Tainted Love (2009) at La Mama/Visual AIDS, NYC; For Reasons of State (2008) at The Kitchen, NYC; and Spectral Evidence (2007), Rotunda Gallery, Brooklyn.

Sarah Ross is an artist whose works examine the visual culture of health, safety and cleanliness that manifest in everyday architecture and landscapes. She teaches at Illinois State University and works with local initiatives working to provide education and literature to prisoners in Illinois. Ross is the recipient of grants from the University of California Institute for Research in the Arts and the Illinois Art Council. She has exhibited work at the Armory, Pasadena, CA; Gallery 727, Los Angeles; PS122, New York; and Columbia College, Chicago; among others.

Matthew Friday is an educator and transdisciplinary artist who works across a variety of media, contexts and institutions. His research focuses on the development of apparatuses and systems that examine and provoke new political ecologies. Working both collectively and individually, Matthew Friday's projects have taken up issues of organized labor,... go to artist page

Benj Gerdes, born 1978 in Lewisburg, PA, is an artist, writer, and organizer working in film, video, and a number of other public formats. He received an MFA in Integrated Media Arts in 2009 from Hunter College and a BA in History of Technology/Film and Digital Studies in 2003 from... go to artist page

Jennifer Hayashida, born in Oakland, California in the early 70s, spent the first seventeen years of her life living in the suburbs of both Stockholm and San Francisco. She grew up bilingual and bicultural and says that she is "home" no matter where she is. She received her undergraduate education... go to artist page

Ray Klimek grew up in the mining region of Northeastern Pennsylvania. He received a Bachelors Degree from Wilkes University in 1978 and earned a Masters degree in English and American Literature from Rutgers University in 1987. He taught English composition and literature at Rutgers for twenty years prior to enrolling... go to artist page

Yates Mckee is an art critic who lives in New York, NY. His work on art, politics, and ecology has appeared in October, The Nation, Waging Nonviolence, South Atlantic Quarterly, and more. He has worked with groups including Arts and Labor, Strike Debt, GULF, and Flood Wall Street. He is... go to artist page

From https://www.publicgreen.com/projects/ "Lize Mogel is an interdisciplinary artist who works with the interstices between art and cultural geography. She creates and disseminates counter-cartography maps and mappings that produce new understandings of social and political issues. Her work connects the real history and collective imaginary about specific places to larger narratives... go to artist page

Member of Ohio University School of Art Critical Regionalism Initiative From https://jasonnein.com/home.html "In my videos a performers weight, endurance, strength, and balance are brought into concert with the flexibility of a tree branch, the viscosity of a patch of creek mud, or the movement of a pontoon dock bobbing in... go to artist page

Katya Sander has shown at K go to artist page

Member of Ohio University School of Art Critical Regionalism Initiative spurseis an open-ended group of individuals and organizations that work together as a type of experimental consultation service towards the development of new forms of engagement, practicesandknowledges. We believe that there is a necessity today of working collectively to rethink all of... go to artist page