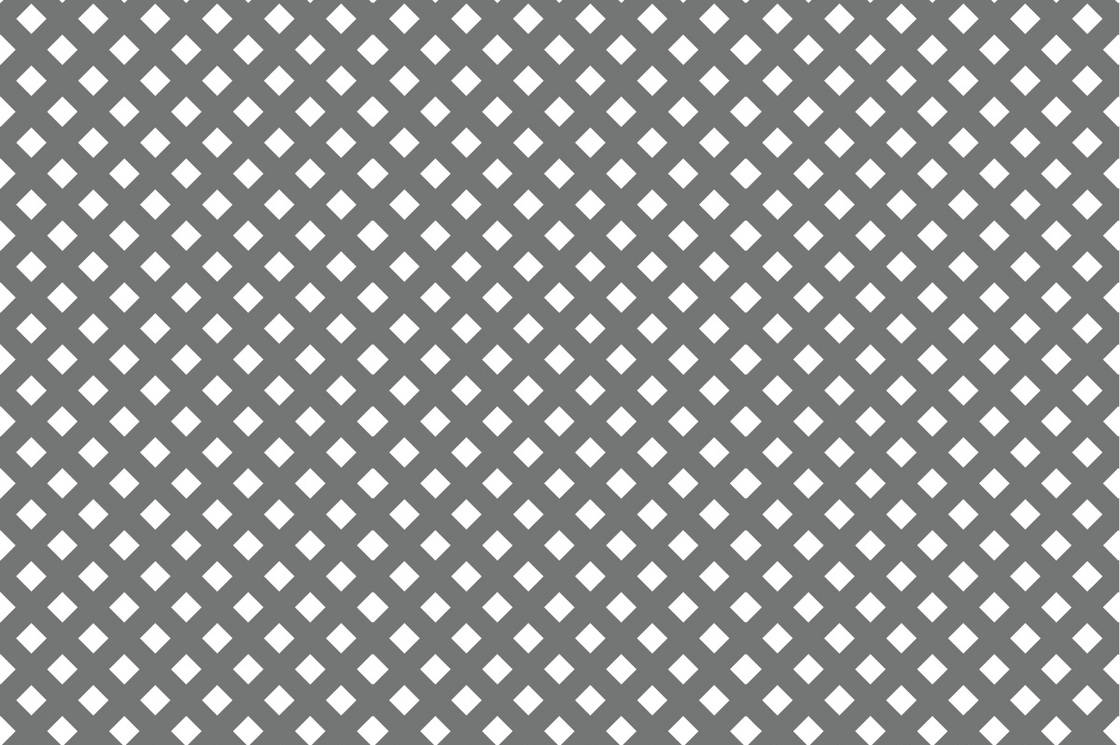 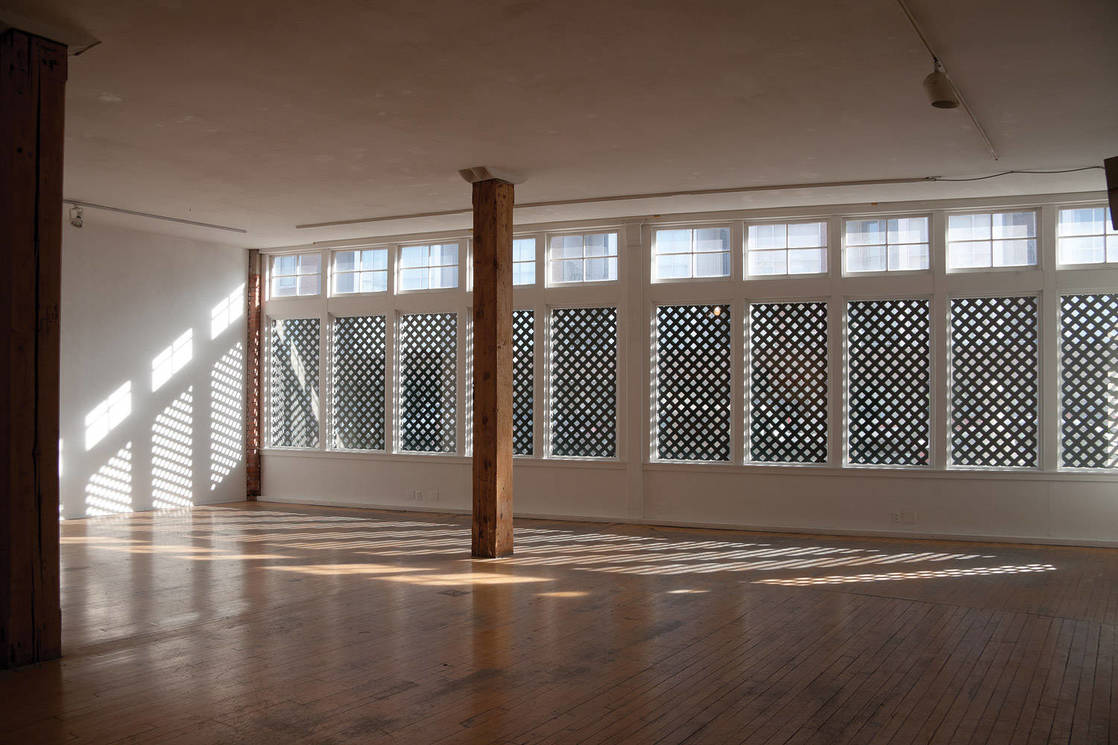 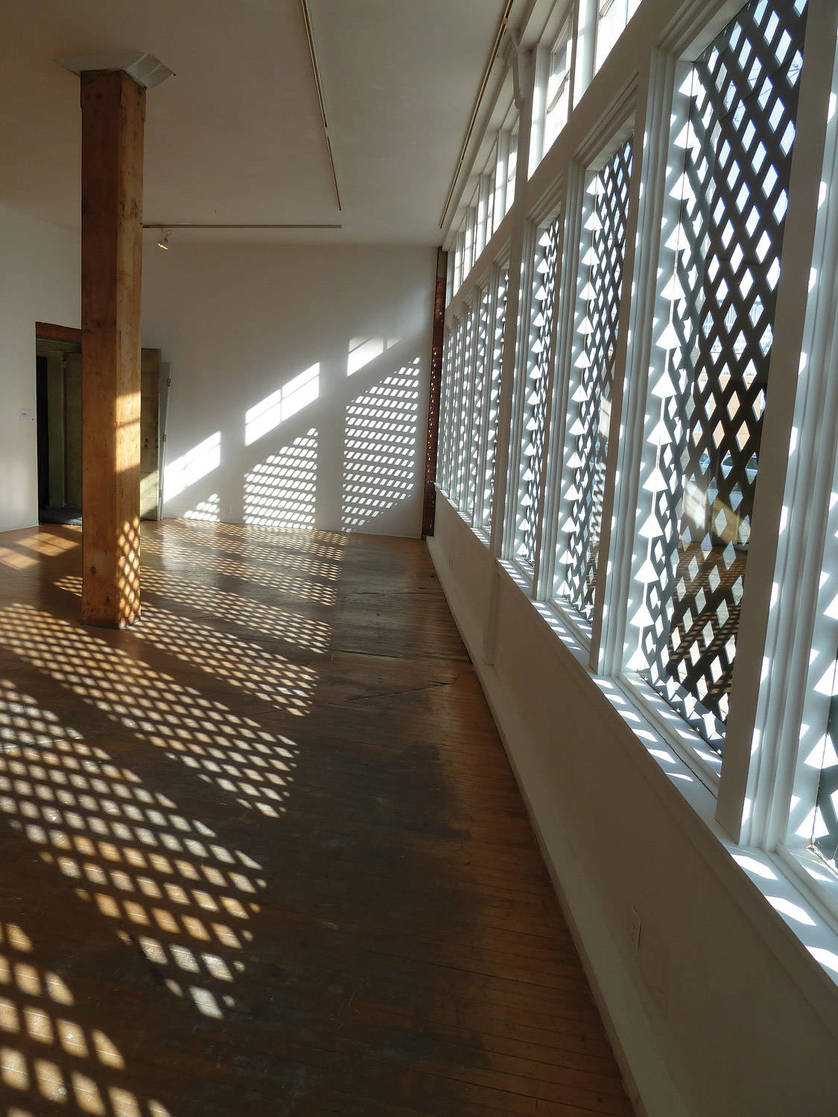 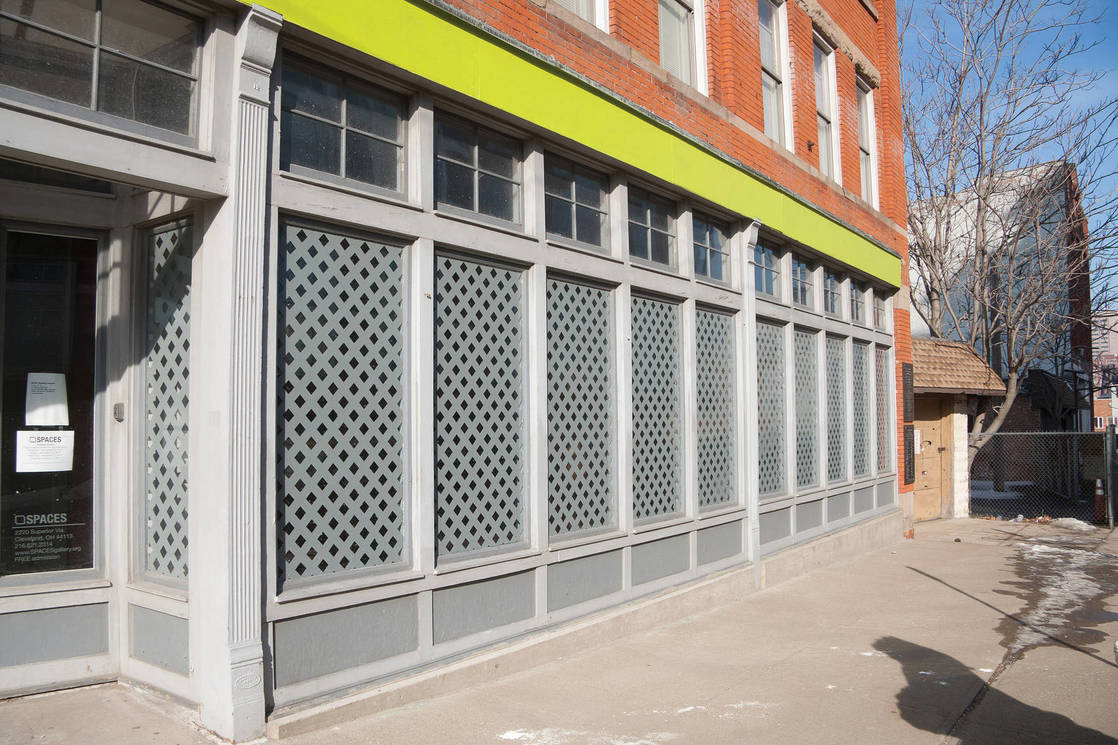 Jerzy Goliszewski is interested in permeability or the lack thereof. There are typically elements in his work that invite the viewer into and through a surface or the viewer is reflected or repelled by the surface. In his work Kai, 2009, Goliszewski created a white surface over the entire area of a wall. This white surface was divided into a grid structure where occasional corners from the grid were lifted and bent forward revealing bright, flat colors underneath-inviting the viewers past the surface to a different discovery.

In a 2010 work entitled Crash (named after the 1996 David Cronenberg film), Goliszewski wrapped a corner of a storefront window with an opaque metal sheet imprinted with a repeated diamond shape. This metal sheet was painted with a shiny, automotive paint for a work that ultimately rejects permeability. Not only can the viewer not see through the window-a notoriously transparent object-but the viewer's gaze is reflected back onto herself.

After arriving in Cleveland, Goliszewski became very interested in residential architecture-particularly in the Tremont neighborhood where he has been staying. There are many architectural tricks at work in residential homes, mostly manifest as decorative flourishes. Goliszewski was drawn to the lattice that frequently is found ensconcing the lower portion of front porches. The lattice is there to hide the basically unconsidered foundation of the porch while still providing some visual access. The lattice is visually and physically permeable.

Goliszewski decided to use this local architectural vernacular in his projects. His first project is visible from outside SPACES. The larger front windows have been skinned in a vinyl lattice that mimics front porch lattice. This helps obscure the view of the gallery's interior from those standing on the street. Inside the space, light streams in and viewers get a mildly fettered view of the street as if they had scampered beneath a porch.

The second project will launch in December on site at a home in Cleveland. Goliszewski intends to replace the lattice work on a home's porch with new lattice that has been chromed and polished to a pearly luster.

What these projects bring to the forefront is what is selected to be obscured and what is revealed-in our homes, in our businesses and in our selves.

This residency is made possible in part by a special partnership with CEC ArtsLink and additional support from the Ohio Arts Council.

Jerzy Goliszewski was born in Warsaw, Poland in 1981. He studied graphics and painting at the Warsaw Academy of Fine Arts, where he recieved his Master of Arts in 2008. His work consists of installations, paintings, drawings, graphics, and ceramic objects that he realizes into site-specific projects. Goliszewski is most... go to artist page