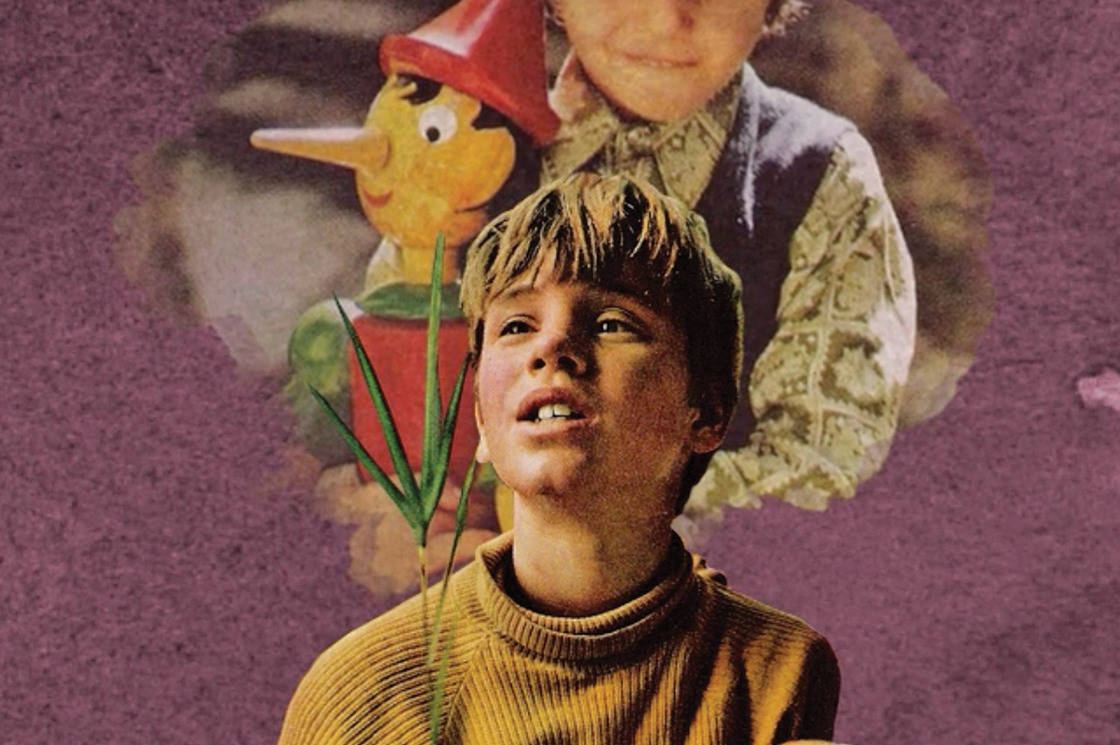 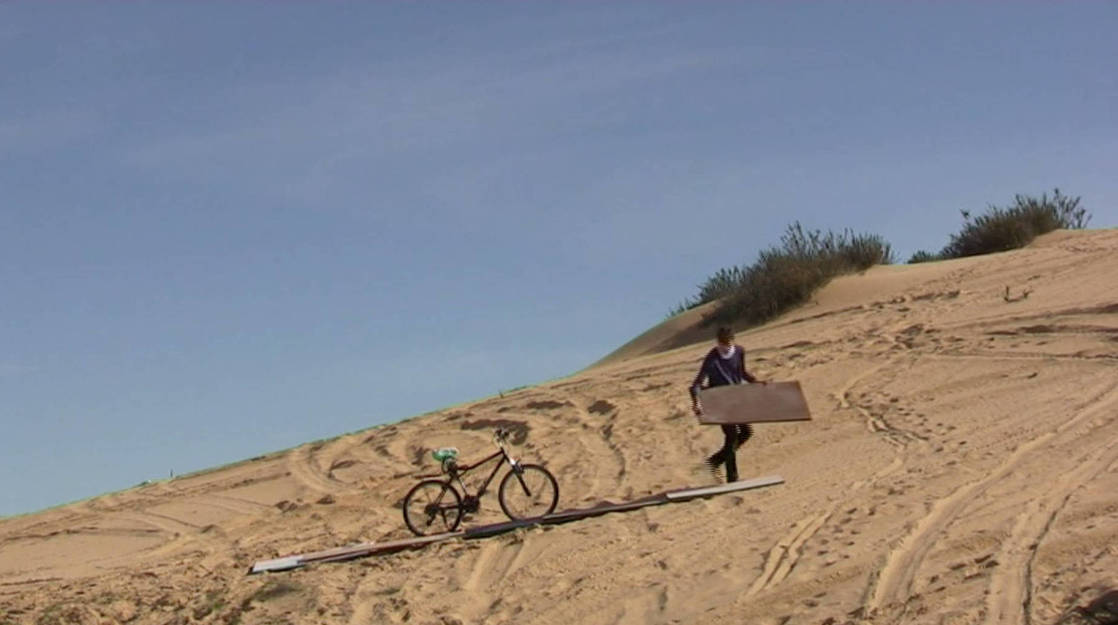 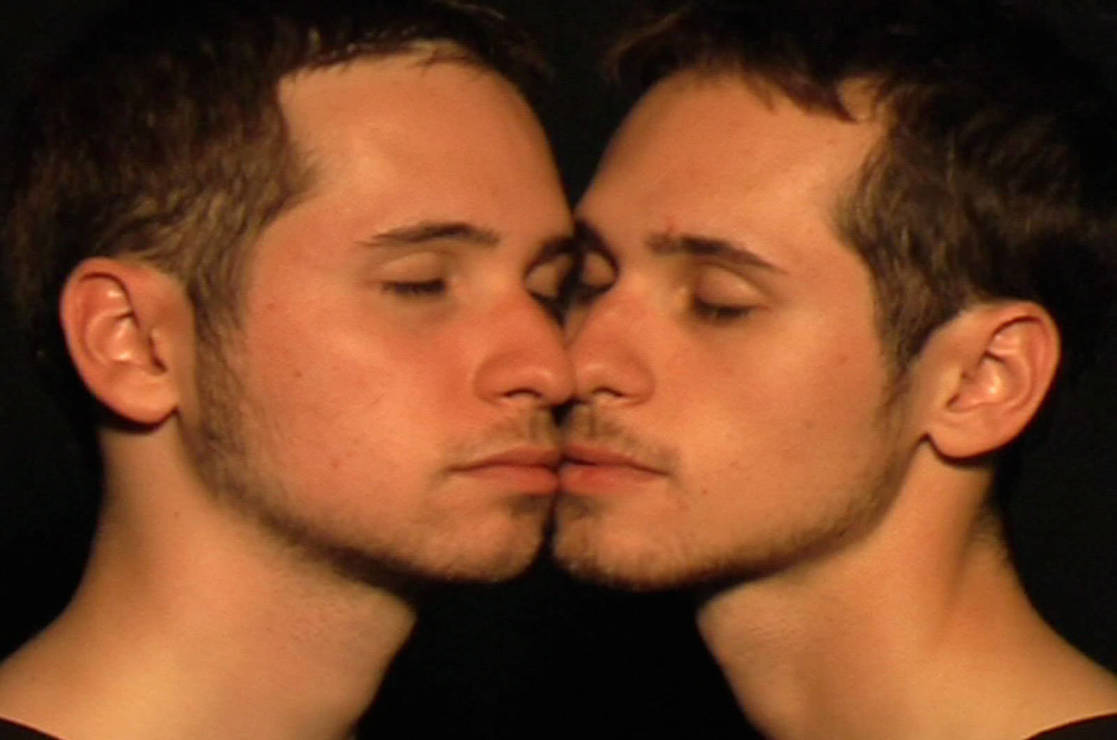 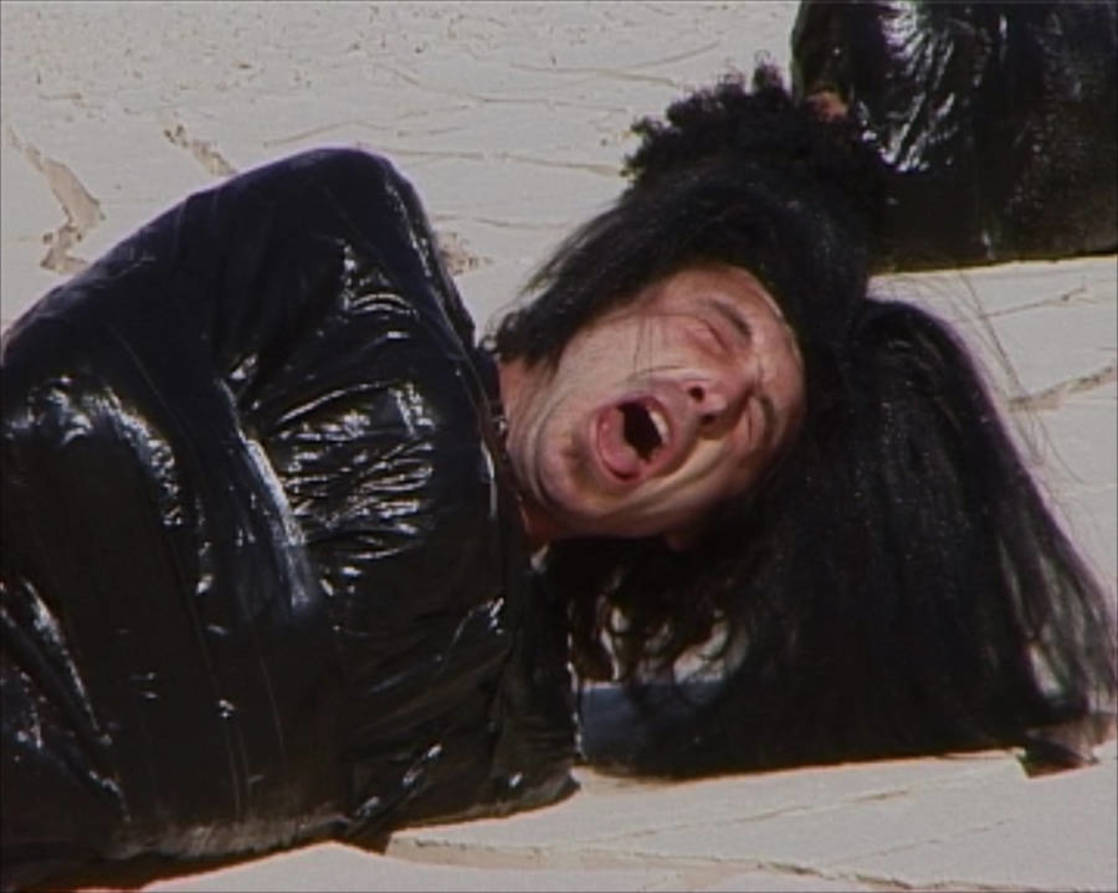 Gili Avissar
Circus, 2008
1:20
Although he considers himself a painter, Avissar's work for the past two years his work has been based on animation, installation, and video. The animation and video works emerge from his desire to perform and to document life.

Ghosh
Ganges #1, 2008
2:37
The Ganges is a place of death and life. Hindus from all over the world bring their dead to the river as a final resting place. Cremation anywhere along the Ganges is desirable, as it is believed to liberate the soul from the material cycle of suffering.

Ben Hagari
Invert, 2010
11:03
In this piece by Israeli artist, Ben Hagari, duality is explored-mirrors, color inversion, inverted speech, closed eyes are "open," etc. Even backgrounds and characters are painted their opposite color, so "natural" color is restored through inversion.

J. Makary
PARISS (Paloma and Raúl in San Serriffe), 2010
8:40
This piece is a meditation on history, intrigue, experimental narrative and the biggest typography-based hoax in history. The result of a year-long residency at Landmarks, this work was filmed on-site in the 1765 Powel House Museum.

Sarah Paul
Pony Love, 2006
2:25
This is a study in the human/pony interface...a first date. Paul presents this love as passionate and powerful as that of any conventional human/human love to demonstrate the absurdity of prejudice based on gender or sexual preference.

Sarah Paul
Little Miss Cleveland Sparkles Around, 2010
7:51
This was a New Year's Eve present for Cleveland.

Eric Rippert
Chubby Boy, 2004
0:44
Rippert plays with a video art trope: the loop. Loops repeat the same video over and over for easy gallery viewing. Rippert's loops are ridiculously short, and therefore make the actions seem infinite and linear rather than merely cyclical and repetetive.

Eric Rippert
Narcissusissy, 2007
2:58
Narcissusissy depicts two twins lost in a near-kiss. More than just a love of a reflection (a fiction and illusion), this portrays a love of the same (a real similar person and the same sex).

Elham Rokni
Crossing the Dune, 2010
5:50
By Elham Rokni. A man slowly crosses a dune on his bicycle as we moves platforms ahead of him to allow him traction in the slippery sand.

Nathaniel Whitcomb
"Contain" by Holy Spirits, 2011
3:46
This piece is from a series of motion collages created for the band, Holy Spirits. It was hand cut out, scanned & digitally assembled from a pile of 40 year old National Geographic magazines.

Gili Avissar, a multi-disciplinary artist, was born in Haifa, 1980. He lives and works in Tel Aviv. Avissar has earned a B.F.A and M.F.A from the Bezalel Academy. He currently teaches at Hamidrasha School of Art. He has exhibited widely, across Israel and abroad.In addition to his work in video,... go to artist page

Ghosh has exhibited widely, both nationally and internationally. His recent videos and installations have been shown at the final screening of the World One Minute Video Art Festival in Belgium and at the international juried Freewaves Festival of New Media Arts in Los Angeles. In 2007 Ghosh received the prestigious... go to artist page

Ben Hagari was born in Tel Aviv, Israel in 1981. During his MFA studies at Columbia University, Hagari worked on a short film: a tragic comedy about a man who is covered with vegetables and lives in a hothouse. He has exhibited his works in Israel and abroad. Exhibitions include:... go to artist page

J. Louise Makary's first film debuted at the American Dance Festival in 2006. Since then, she has developed projects influenced by video art, classic and experimental cinema, and contemporary dance. From 2008 to 2010, she was artist-in-residence at the Philadelphia Society for the Preservation of Landmarks through their Contemporary Projects... go to artist page

Sarah Paul is a musical artist and a professor at the Cleveland Institute of Art. She has been writing and performing experimental music since 1989. go to artist page

Ratman graduated from Colombia University's MFA program in 2009 and from the Bezalel BFA program in 2001, during which he was resident at the SVA, NY (2000). Solo shows include "Deep Sinking" at Haifa Museum of Art (2009) and "Che Che The Gorgeous" at Ferenbalm-Gurbrü. go to artist page

Elham Rokni was born in Iran in 1980 and immigrated to Israel at the age of 9. She now lives and work in Tel Aviv. In 2007 she graduated with honors the Bezalel Academy of Art and Design in Jerusalem, in the Fine Arts Department, and in 2010 she completed... go to artist page

I create because I love—to dream, to think, to smile, to drift. I love finding and facilitating moments where I can do so. For me, the creative process is a pathway leading to unforeseen spaces, each one a new wonder. These are sacred, generous places and often grant insight into... go to artist page