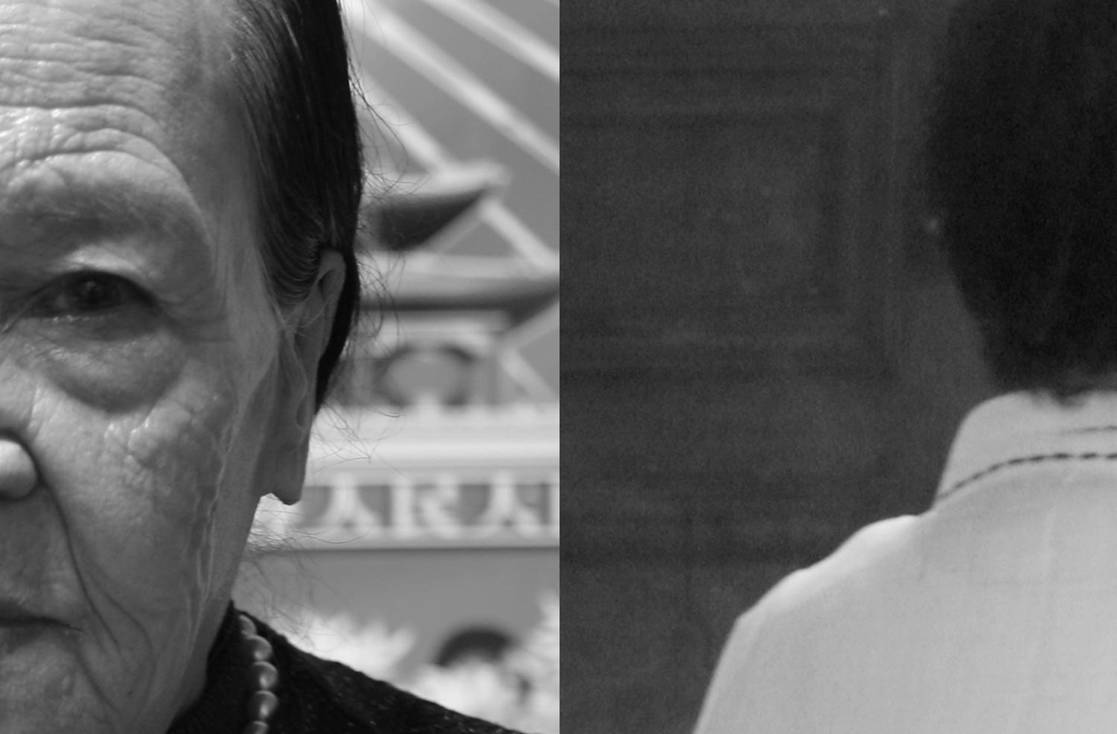 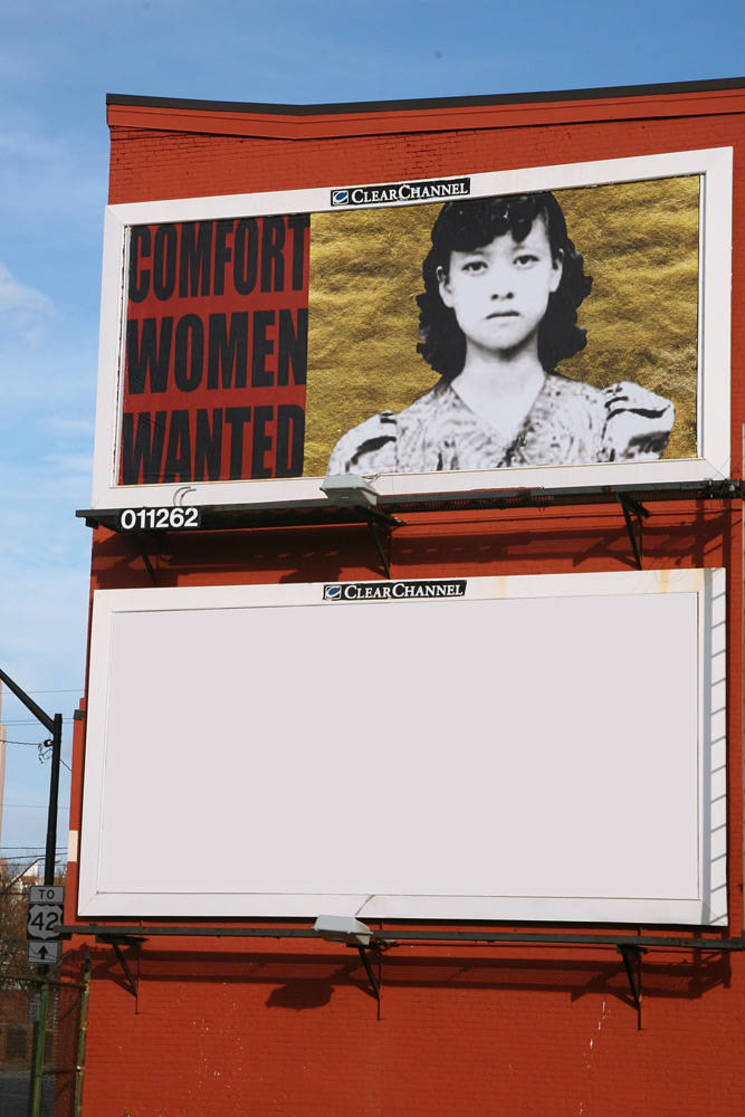 The title COMFORT WOMEN WANTED is a reference to the actual text of advertisements that appeared in Asian newspapers during the war. When advertising failed, young women from Korea, China, Taiwan, Indonesia, the Philippines, Thailand, Vietnam, Malaysia, and the Netherlands were kidnapped or deceived and forced into sexual slavery. Most were teenagers, some as young as 12 years old, and were raped by as many as fifty soldiers a day at military rape camps, known as "comfort stations." Women suffered serial and gang rape, forced abortions, humiliation, and torture, sometimes resulting in mutilation, and even death. By some estimates only 30% survived the ordeal. The "Comfort Women System" is considered the largest case of human trafficking in the 20th century.

The gathering of women to serve the Imperial Japanese Army was organized on an industrial scale not seen before in modern history. This project promotes awareness of these women, some of whom are still alive today, and brings to light a history that has been largely forgotten and denied.

In the ad-like billboard, kiosk posters, and prints, the text COMFORT WOMEN WANTED is in black atop a red background. There are two black & white portraits of former comfort women when they were young, including a portrait of a Taiwanese comfort woman taken by a Japanese soldier during her enslavement. These images of the women are surrounded by gold leaf, suggesting the halo of a saint from Renaissance painting. These portraits of young comfort women are juxtaposed with silhouettes of aged former comfort women in their current homes. Of those who survived, many of the women never went back, or they were ostracized from their families and communities because of what was perceived as their "shameful past" in a conservative society cherishing women's chastity as ideal. They suffered from the physical and emotional consequences of their enslavement including disease, debilitating injuries, sterility, and psychological trauma. For most of these women, the sense of "home" was forever destroyed. To highlight this fact the central image of the prints, rather than being a portrait, contains an empty silhouette.

In the multi-channel video installation, the comfort women survivors and a former Japanese soldier talk about their experiences at the military comfort stations, yet the emphasis is on their everyday hopes and dreams and who they are as people. These women also sing their favorite traditional folk songs in Korean, Taiwanese, Chinese, Hakanese, and Aboriginal Taiwanese. This presents the women as individuals rather than as victims and highlights the experiences we all share, in order to put these monumental events in context. These are the stories and voices of the women.

Historian Suzanne O'Brien has written that "the privileging of written documents works to exclude from history… the voices of the kind of people comfort women represent—the female, the impoverished, the colonized, the illiterate, and the racially and ethnically oppressed. These people have left few written records of their experiences, and therefore are denied a place in history."

Despite growing awareness of the issue of trafficking of women and of sexual slavery as a crime against humanity, this particular recent historical event has gone largely unacknowledged. COMFORT WOMEN WANTED attempts to bring to light this instance of organized violence against women, and to create a constructive dialogue for the future by acknowledging their place in history.

To view a map of the locations of the COMFORT WOMEN WANTED billboard and kiosks around Cleveland, please visit: http://bit.ly/ComfortWomen

Chang-Jin Lee is a Korean-born visual artist and lives in New York City. Her multicultural background and experiences have provoked in her an interest in investigating the diverse cultural and social issues in our current era. In her artworks, she deals with identity, gender, globalism, nationalism, human trafficking, and religion.She... go to artist page