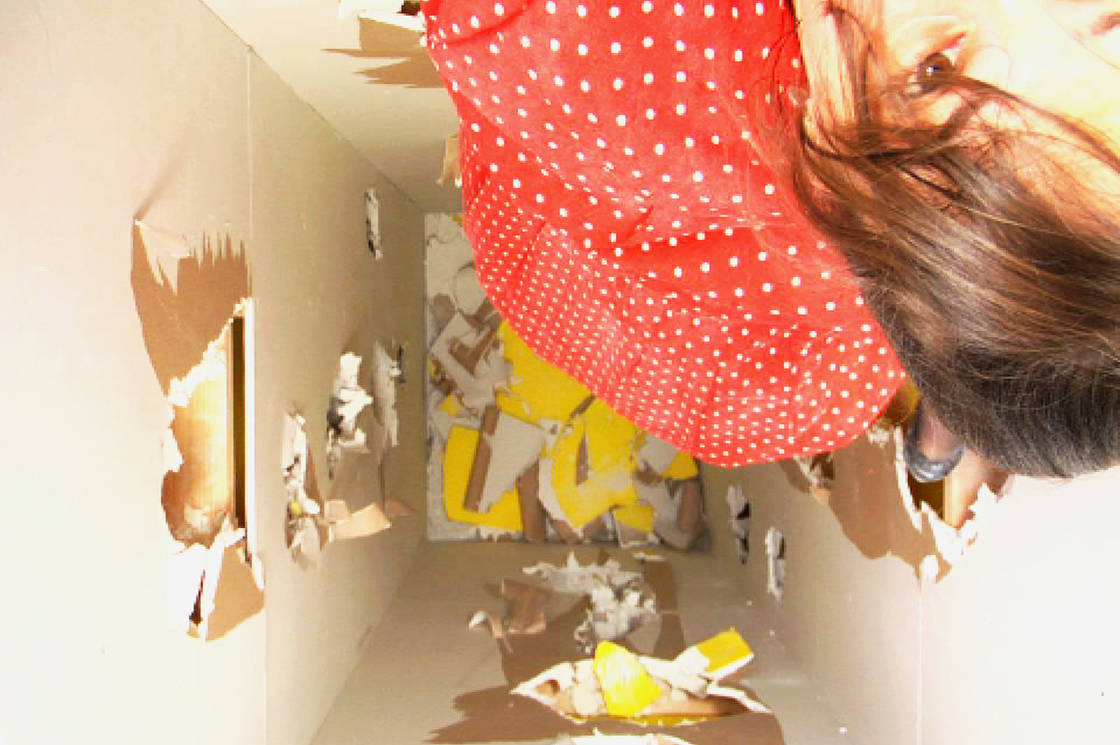 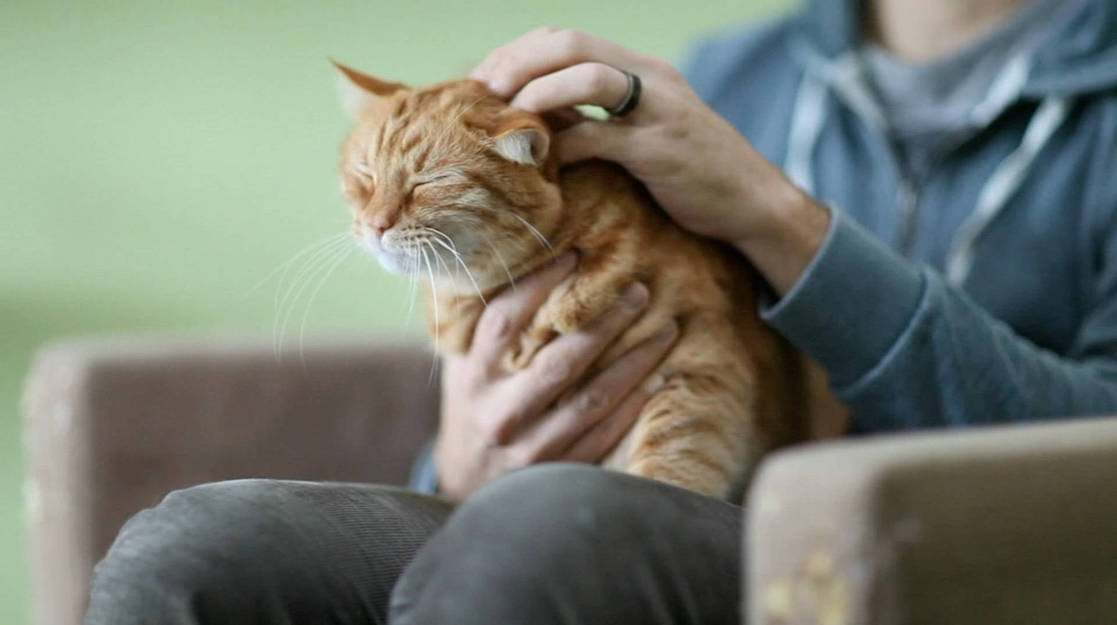 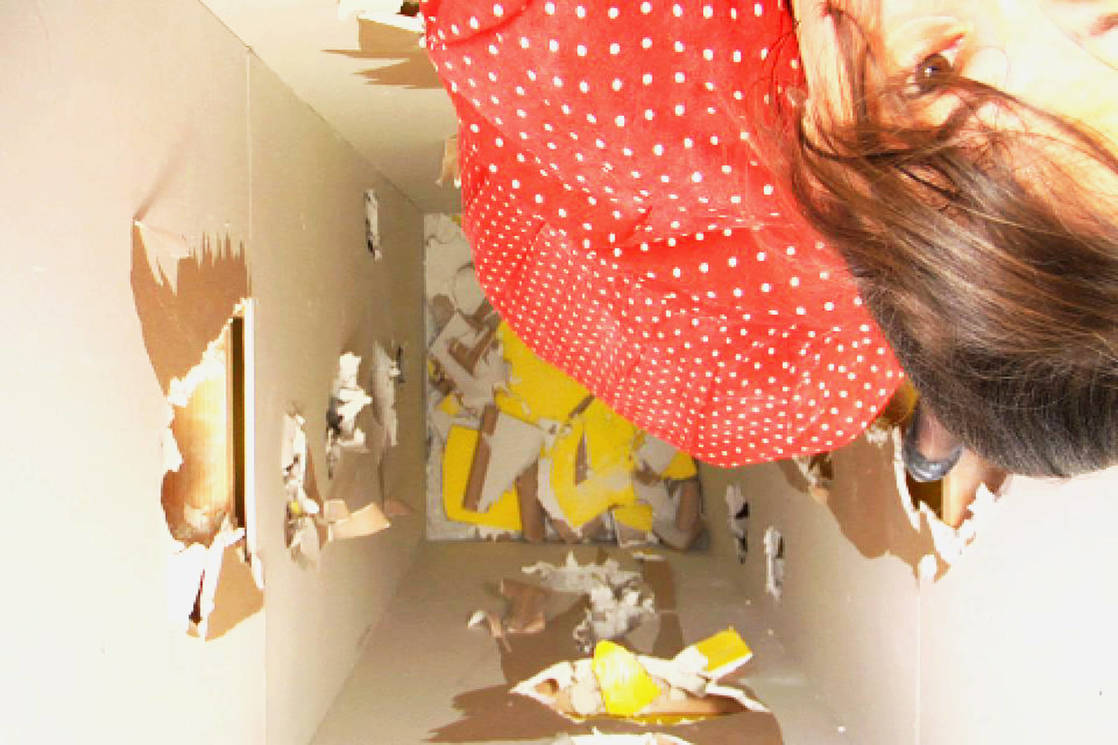 Recording a Camel  Hildegard Westerkamp | courtesy of the artist 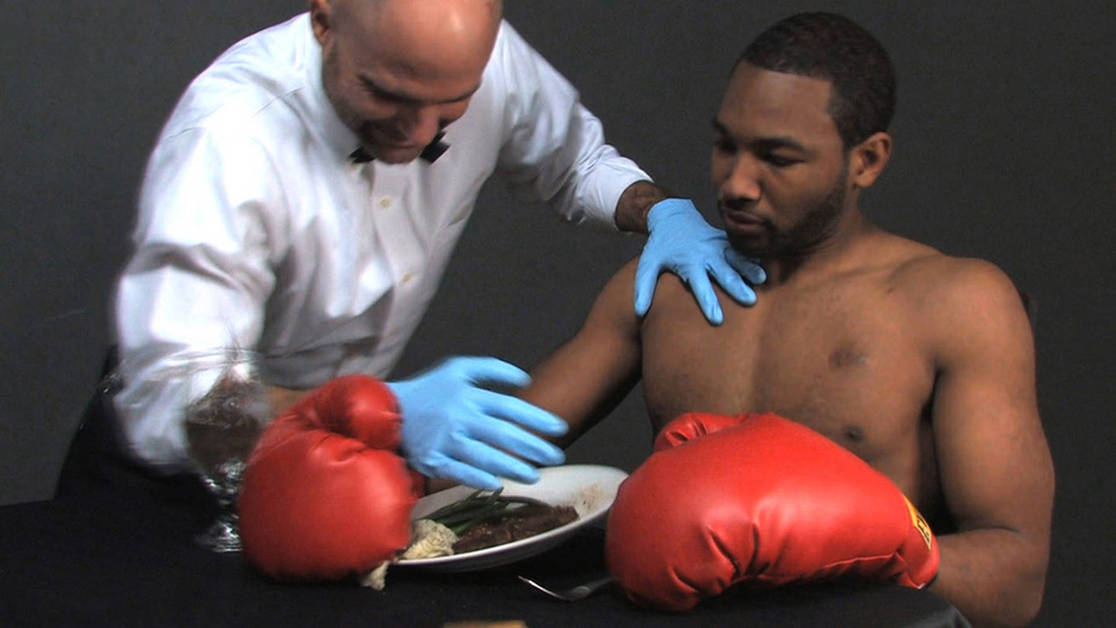 The Vault functions as a media flat file—a converted walk-in safe where audiences can experience a variety of video and audio art. Work will be added to the The Vault on a rolling basis, remain on view for approximately six months and then rotate out. Viewers have the remote control in their hands to select the work they would like to experience.

Michelle Fried (Pittsburgh, PA)
Restaurant Fodder, 2010
14:18
In Michelle Fried's world of "Fodder," there are two types of beings: those who eat and those who are eaten. The Eaters plagued with ugliness, irritability and insatiable hunger constantly pursue the Eaten.

Kate Gilmore (New York, NY)
Standing Here, 2010
10:48
In a perception-shifting durational performance work, Kate Gilmore breaks into and then climbs out of a drywall shaft wearing high-heels and a polka dot dress.

Ben Kinsley and Jessica Langley (Pittsburgh, PA)
The CATopian Dream, 2012
6:53
SWAP artists Ben Kinsley & Jessica Langley conducted a series of interviews with cats as part of their Make CATopia Real project. The felines were questioned about their idea of utopia.

R. Eric McMaster (Richmond, VA)
Round, 2010
5:14
R. Eric McMaster is uses the structures of competitive sports, to feature people in situations of obedience, vulnerability, and eventual acceptance--draw attention to injustices both subtle and obvious.

Currently in The Vault: Audio

An Ear for Sounds is a collection of sound art for The Vault curated by Valerie Brodar. Works include:

Jacki Apple
A Crack Across the Face of America, 1991
Jacki Apple's text/sound/music audio and radio works consist of layered intersecting textual and sonic narratives, and deals with memory, history, and the interface between nature and culture.
5:00

M.W. Burns (Chicago, IL)
Observer
Observer collapses narrative style into an endless description of surveillance and voyeurism. This audio text attempts to create a kind of verbal vortex. This work was never installed, feeling quite at home over radio or the web.
4:08

M.W. Burns
Drift
Drift explores how glitches, stumbles and slips of the tongue become a source of meaning, regardless.
5:12

The Cake Dancers (Lafayette, LA)
Denikin Slurred Speech, 2011
An improvisation with a loop of Tchaikovsky, flipped, reversed, and inversed on upon itself. Anton Denikin was a White Russian general.
3:30

The Cake Dancers
Triadic Prelude, 2011
Composed of three loops taken from a recording of Wagner's prelude to Tristan & Isolde, it focuses on the classic rising and descending, tonal and dissonant chords. It is a juxtaposition of the three major articulations of the tonal/atonal chords.
31:38

Philippe Landry (Lafayette, LA)
The Original Jazz Loop, 2011
Various worn out loops, including Benny Goodman, moans, feedback tones, and Khmer Rouge soldiers confessing to acts of torture. It is an improvisational composition made of half random selections of tape, the reverse sides being unknown to me.
4:08

Lou Mallozzi (Chicago, IL)
Peers, 2010
The intersection of language, disembodiment, ephemerality, and hermeneutics crystallizes for Mallozzi in an art practice involving mediations of sound: He utilized sounds, many of which are recognizable replications or reiterations of previous sounds.
33:17

Lou Mallozzi
Screenplay: one and one, 2010
The intersection of language, disembodiment, ephemerality, and hermeneutics crystallizes for Mallozzi in an art practice involving mediations of sound: He utilized sounds, many of which are recognizable replications or reiterations of previous sounds.
1:46:00

David Moss (Berlin, Germany)
23 Ways to Remember Silence, But Only 1 Way to Break It, 2011
23 ways... is a recollected sound-history of Moss' world: a song anyone can sing; amateur singers on Karl-Marx Strasse; tortellini, mustard plants & galaxies; streams with boulders and watercress; a Russian rhumba, & don't forget the paradiddles.
31:12

David Moss, voice/text
Hanno Leichtmann, drums/electronics
Little Candy Story, 2010
Moss stated, "A tone or two, an insistent rhythm, backgrounds bubbling into aural focus-all tied together with an ancient personal story I didn't even know I knew until Hanno played this loop into my ears late one afternoon in his 3rd floor studio."
4:28

Senga Nengudi (Colorado Springs, CO)
Conversations on Being: Jill, 1988
In the late 80s & early 90s, Nengudi created radio performance art in the form of interviews with friends on topics ranging from obsessions to utopian societies. In a tiny apartment brimming with books, the alternating smell of incenses and litter box in the air and little of the hot California sun filtering in, poet Jill shares her personal tale of obsession.*Explicit
7:06

Helen Thorington (New York, NY)
09.11.01 | scapes_, 2003
Jo-Anne Green began scapes_ the day the World Trade Center was attacked and continued to add new pages in the aftermath. She used the only "medium" available to her at the time: Photoshop. Her "palette" consisted of NASA images of earth, and photographs of diatoms and Ground Zero. Each Scape consists of multiple layers: Thorington used the layers' titles, and the texts that accompanied the NASA images to weave her multilayered narrative for the Notes; and much as Green used found "pigments", Thorington used found sounds to create the rich soundscore for the series.
16:57

Helen Thorington
North Country, 1995
North Country is a hypertext story about an unidentified woman whose bones were found near a lake in North Country. With a sound score by the author with accordionist Guy Klucsevek.32:09

Hildegard Westerkamp (Burnaby, British Columbia)
Cricket Voice, 1987
A musical exploration of a cricket singing in the stillness of the "Zone of Silence" in Mexico. The percussive sounds were created by "playing" on various desert plants and by exploring the resonances in the ruins of an old water reservoir.
10:55

Hildegard Westerkamp
Gently Penetrating Beneath the Sounding Surfaces of Another Place, 1997
A sonic journey into the opposites in India of shimmering beauty and pollution grunge, of the extraordinary daily life intensity and the inner radiance, focus and stillness that emanate from deep within the culture and its people.
14:04

Hildegard Westerkamp
Talking Rain, 1997
Captured in the raincoast of British Columbia, Canada, Talking Rain refocuses the ear on the sonic formations of rain and the habitations on which it showers.
16:00

Gregory Whitehead
How to Pronounce "Prosthesis," 1991
"The destiny of a disembody, caged by a language lesson."
4:51

Gregory Whitehead
Twilight For Idols, 1989
"A requiem for shattered voices."
4:24

Michael Winter
Bottom Of The Ground
Michael Winter is a sound designer and musician living in New Orleans. He is a graduate of The Recording Workshop and has released two full-length albums available on the Magnanimous Records label.
3:18

Lynn Book has a 25 year history of interdisciplinary artistic practice that traverses boundaries between performance art, dance, theater, writing and new music forms. Critics from the New York Times, Village Voice and Chicago Tribune have called her work "bold", "inspired" and "unlike anything anyone else is doing". Her diverse... go to artist page

Paul Bright began using sound for his work only recently, in 2008, as he expanded his approach to collage. Noticing the sounds in the environments where he collected materials for his "physical" collages, he thought of similarly using the aural elements to create sound collages. With the advent of small,... go to artist page

M.W. Burns is an audio artist using sound to conceptually activate space. He received a BFA in Illustration and Graphics from the University of the Arts in 1989 and an MFA in Time Arts from the School of the Art Institute of Chicago in 1990. Many of his installations rely... go to artist page

Kate Gilmore (born 1975) is a fine artist working in and synthesizing multiple mediums, including video, sculpture, photography, and performance. Born in Washington, DC, Gilmore attended Bates College in Lewiston, Maine, graduating in 1997. Gilmore received her masters of fine arts in 2002 from the School of Visual Arts in... go to artist page

Ben Kinsley's projects have ranged from choreographing a neighborhood intervention into Google Street View, directing surprise theatrical performances inside the homes of strangers, organizing a paranormal concert series, staging a royal protest, investigating feline utopia, collecting put-down jokes from around the world, and planting a buried treasure in the streets... go to artist page

Born in Saint Martinville, Louisiana, Philippe Landry is a self-taught composer, multi-instrumentalist, and visual, video, and performance artist. Philippe has collaborated twice with choreographer Paige Krause, composing and performing the music for her large-scale dance-installation piece, I've Stopped Having That Dream I've Been Having; it premiered as an excerpt in... go to artist page

Jessica Langley is an artist whose work draws from idealized nature photography and Romantic landscape painting, abstracting and obscuring images through a variety of processes and approaches. She has exhibited nationally and internationally at venues such as SPACES in Cleveland, Nathan Larramendy Gallery in Ojai, Denise Bibro Gallery in New... go to artist page

Lou Mallozzi (b. 1957) is an audio artist in Chicago who dismembers and reconstitutes sound, language, gesture, and image in various media. He works in live performance, radio art, sound installation, CD recording, soundtrack design, and visual art. He has presented works at numerous festivals, concerts, galleries, and broadcasts since... go to artist page

David Moss is considered one of the most innovative singers and percussionists in contemporary music. He has performed his solo and theater work all over the world, from New York (Lincoln Center) to Venice (Theatro La Fenice) to Brisbane (Festival). In 1991 he received a Guggenheim Fellowship; in 1992, a... go to artist page

Winner of the 2005-2006 Anonymous Was A Woman Award and the 2005-2006 Louis Tiffany Foundation Biennial Competition Award, Senga Nengudi recently completed an artist residency at the Fabric Workshop and Museum in Philadelphia. The resulting solo exhibit Warp Trance was hosted the Pennsylvania Academy of Fine Arts in Philadelphia.Nengudi's African/African-American... go to artist page

Thorington is a writer, sound composer, and radio producer, whose radio documentary, dramatic work, and sound/music compositions have been aired nationally and internationally for the past eighteen years. She has also created compositions for film and installation that have been premiered at the Berlin Film Festival, the Whitney Biennial, and... go to artist page

Originally from the Philadelphia area, Webber received a BFA (2001) from Tufts University in Medford, MA while concurrently studying at the School of the Museum of Fine Arts, in Boston, MA. His MFA (2007) in Electronic Integrated Arts was received from Alfred University in Alfred, NY. Webber is now an... go to artist page

Michael Winter is a sound designer and musician living in New Orleans. He is a graduate of The Recording Workshop and has released two full-length albums available on the Magnanimous Records label. go to artist page