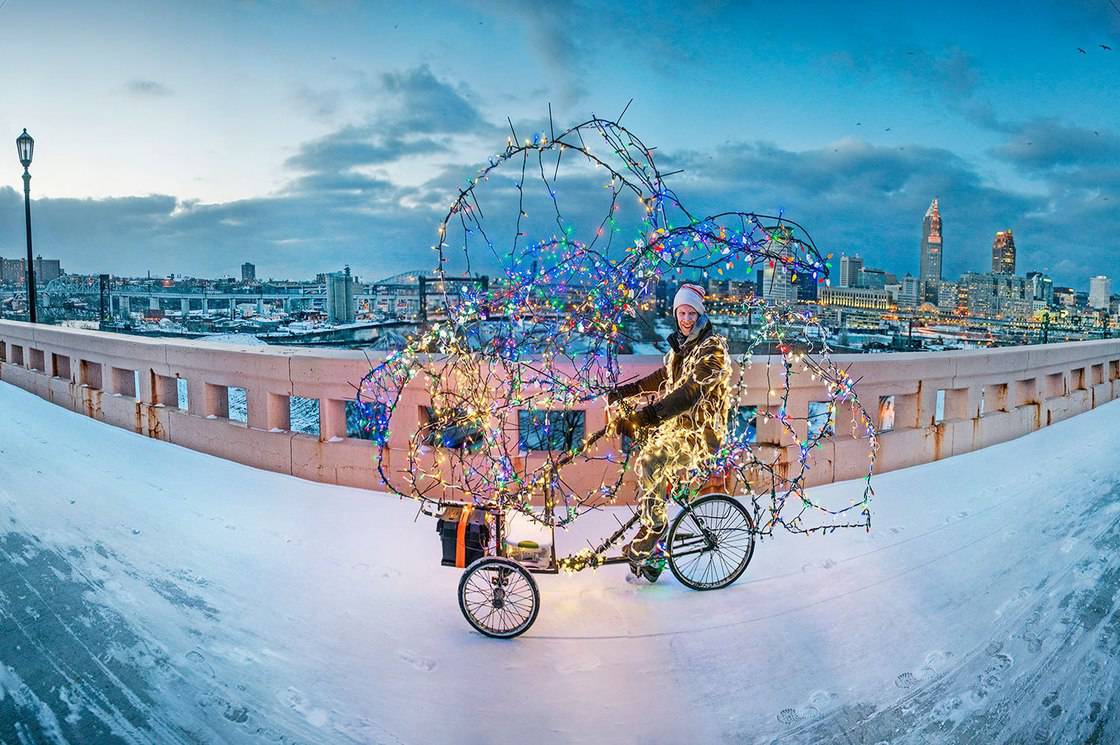 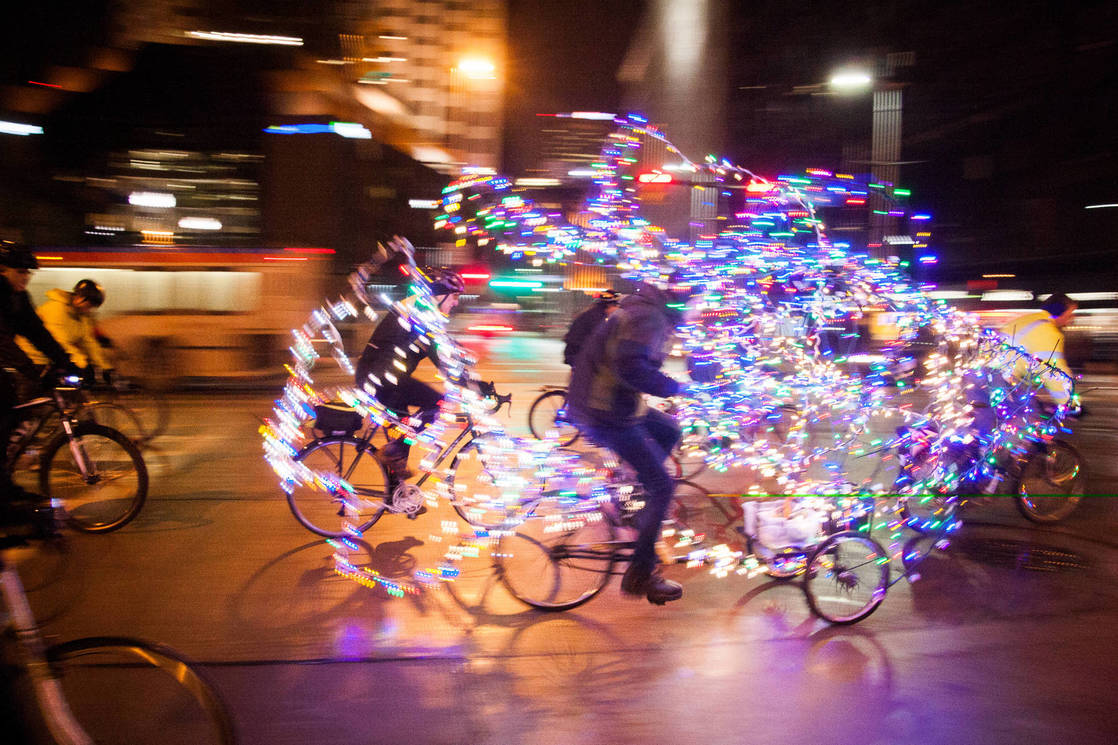 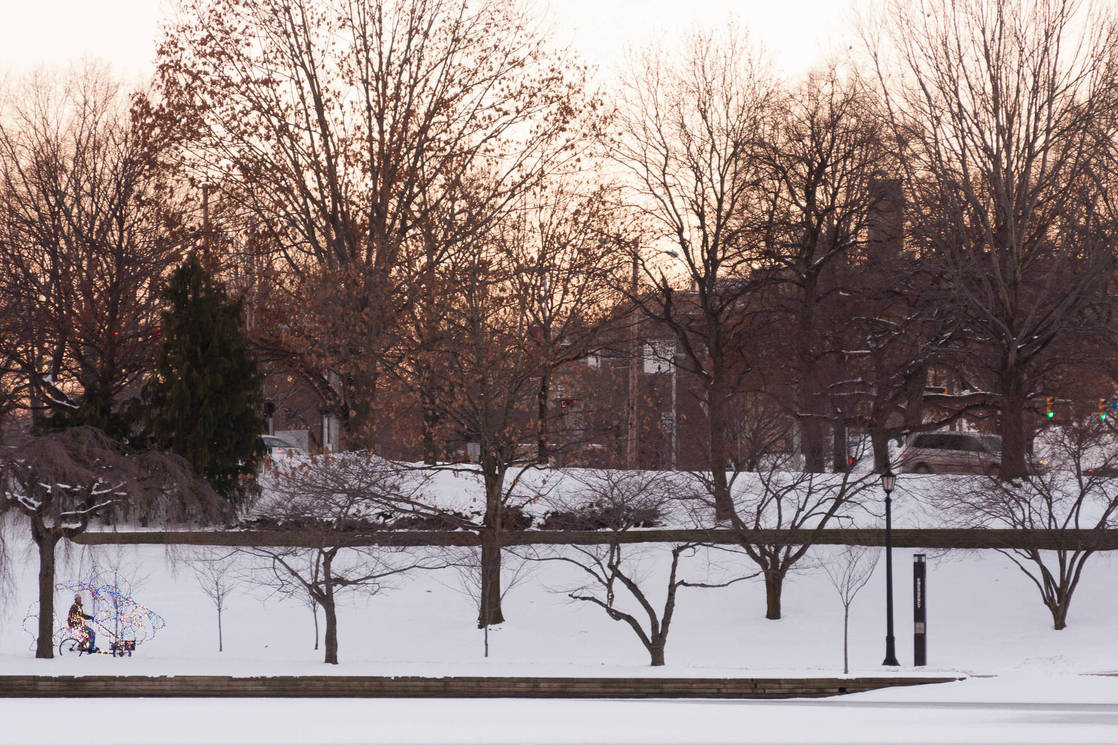 Feeling light-deprived this winter? Cleveland's own Jimmy Kuehnle would like to help you out with that.

This February, Kuehnle is taking to the streets on a light-mobile he's constructing out of an antique industrial tricycle, which, in its past life, was used to transport dies around an Indianapolis warehouse.

Kuehnle is known for luring unsuspecting strangers into his works by making himself an unexpected part of the local landscape. He's designed absurdly colorful and obtrusive inflatable suits and worn them around town in Chicago, Detroit, San Antonio, and New York, as well as in Japan, Italy and Finland. He has also constructed and toured a series of improbable bicycles-- invisible ones, rubber ones, ones that carried AV equipment, and one that held an entire lawn.

This time, he's committed himself to a tour of illumination during the month Clevelanders contend with seasonal affective disorder (SAD) by hook or by crook. He's wrapping the tricycle and himself in a gratuitous amount of light, and equipping the lights to react to sounds he encounters while cycling through Cuyahoga County. Kuehnle's excited not only about breathing new life into a discarded rust belt relic, but also about the chance to literally light up some lives this winter.

Intrigued? Then don't leave Jimmy out in the cold: come out and find him on his winter tour! He shouldn't be too easy to miss.

Friday, February 1, 5:15 pm:
Jimmy rides from Tower City across Carnegie Bridge to his opening at SPACES

Jimmy Kuehnle researched public art and sculpture as a Fulbright Graduate Research Fellow in Japan after completing an MFA at the University of Texas at San Antonio. His recent work features public performance treks through rural and urban cities in the US, including Chicago, Detroit, Austin, St. Louis, Cincinnati, San... go to artist page