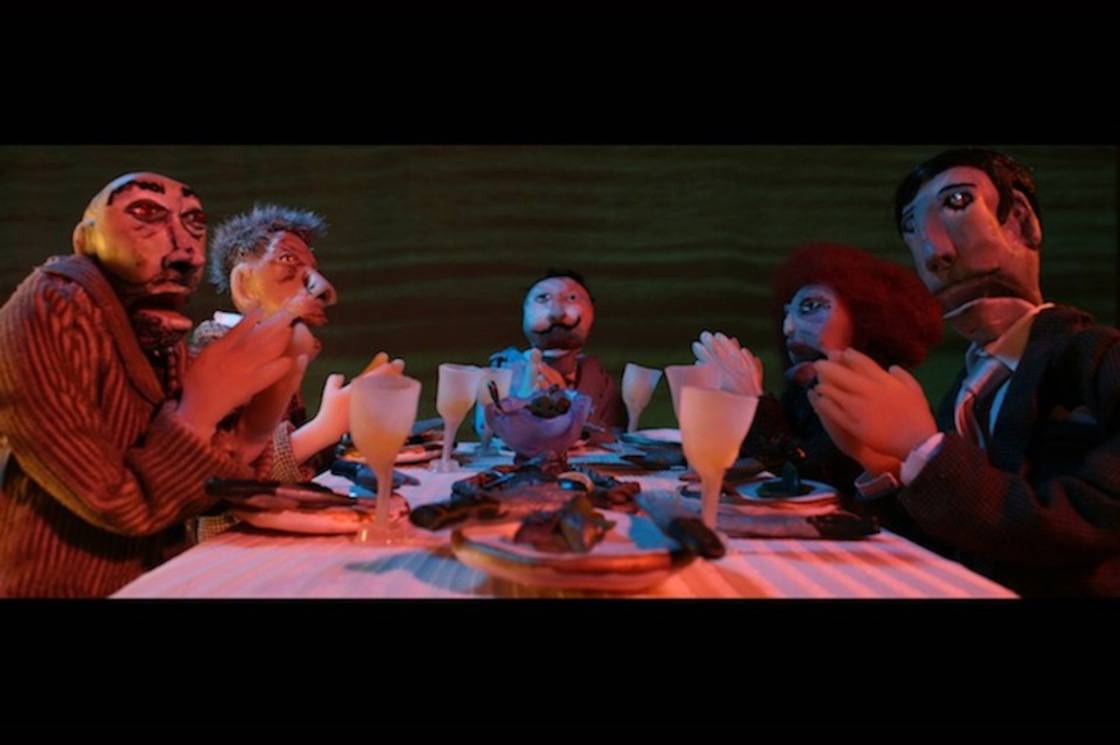 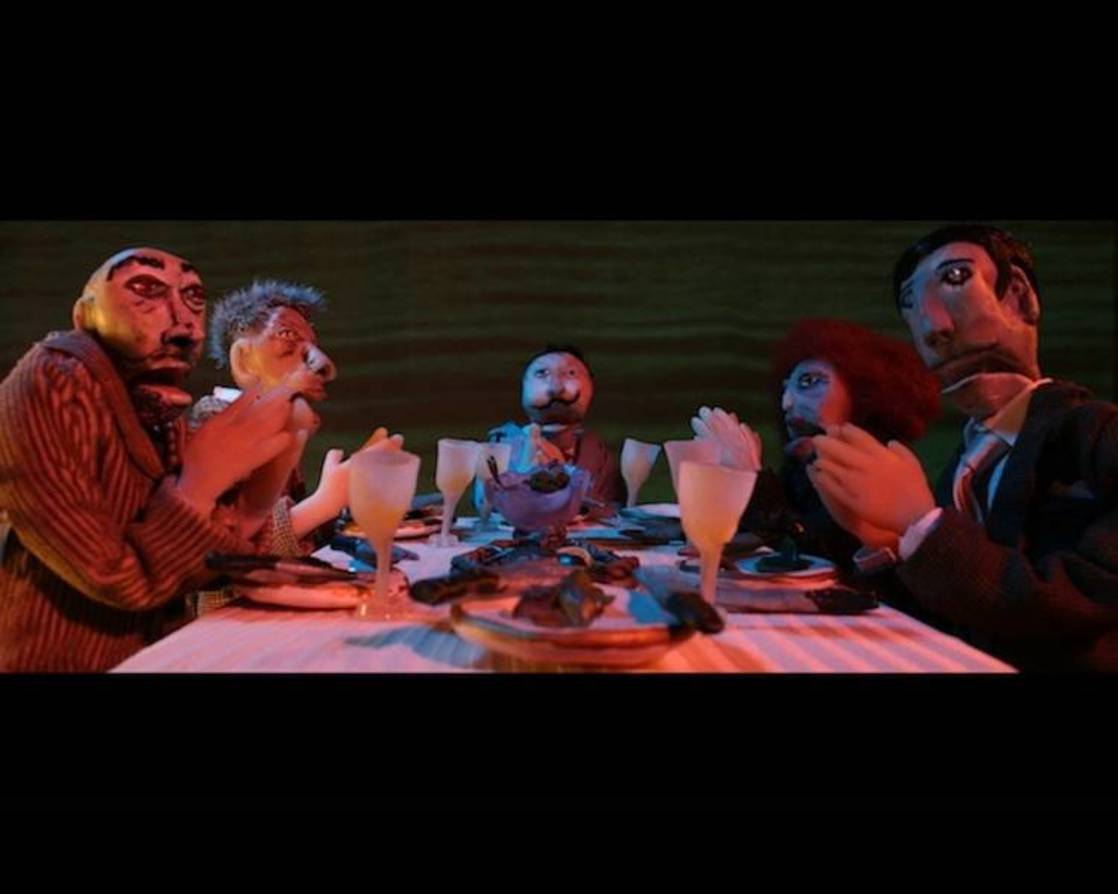 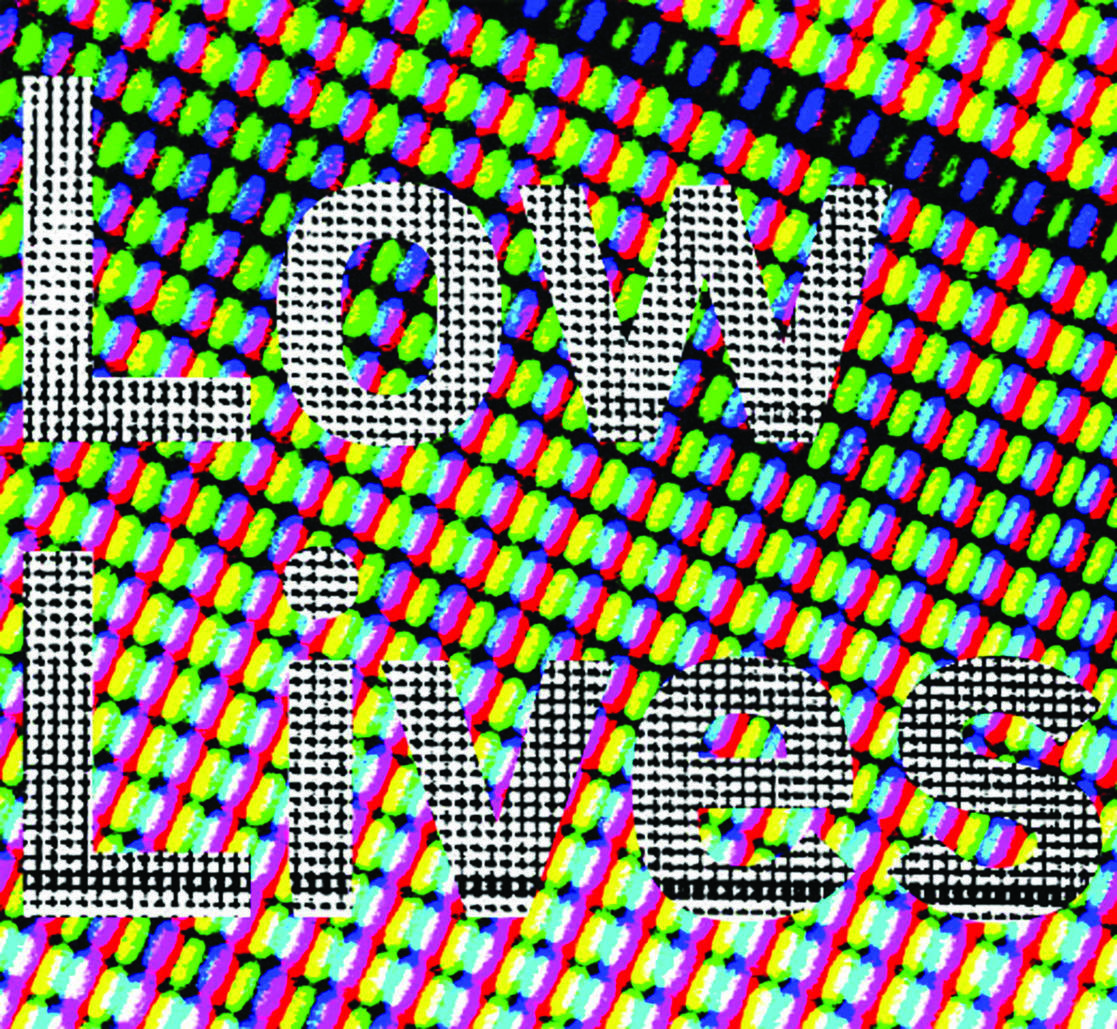 The Vault allows for spontaneous additions of art that SPACES comes across regardless of themed and curated "playlists."
Expires: 11.15.13

Alexis Gideon
Video Musics III: Floating Oceans, 2012
39:39
Alexis Gideon's non-linear and linear stop-motion video opera is bases on the fiction of Lord Dunsany, and inspired by the dream experiments of John William Dunne. The piece contrasts the vivid dreams of its poet-protagonist with pedestrian life.

Low Lives
Low Lives (www.lowlives.net) is an international festival of live performance-based works transmitted via the internet and projected in real time at multiple venues around the world. This selection curated by Low Lives Founding DIrector Jorge Rojas features seventeen international artists and artist collectives. The videos presented are documents of the artists' performances as they were streamed live.

Low Lives highlights works that critically investigate, challenge, and extend the potential of performance practice presented live through online streaming networks. The project celebrates both the transmission of ideas, and also what is blurred, gained, or reconfigured in the process as we communicate and present ourselves online. The lo-fi aesthetic, with its pixilated images, low sound quality, and the ever-present potential for "technical difficulties," has been an integral aspect of communication via contemporary web technology, and also of the Low Lives platform. Low Lives is not simply about the presentation of performative gestures at a particular place and time, it is also about exploring the potential of live streaming networks as a creative medium connecting performance artists with audiences around the world.
Expires: 11.15.13

Jayson Keeling
The Marked Man, 2010
6:40
In Jayson Keeling's allegorical performance The MArked MAn, the artist presents his body as emotional repository, litmus, and locus to a conceptual exchange between individuals marked as other and communities stigmatized by neglect.
Featured in Low Lives 3

Jonathan Lemieux
Semiotics of my Fridge, 2012
6:01
Jonathan Lemieux's alphabetical consumption of the poor contents of his art-student fridge is a physical endurance performance based on Martha Rosler's "Semiotics of the Kitchen" (1975).
Featured in Low Lives 4

Christi Birchfield, a native of Cleveland, Ohio was born on September 5th 1983. Christi attended the Cleveland Institute of Art where she received a degree in printmaking in 2006. She continued her studies at Columbia University where she received her MFA in visual art in 2010. The summer of 2010... go to artist page

Gabrielle Civil is a black woman poet, conceptual and performance artist, originally from Detroit, MI. Over the last fifteen years, her solo and collaborative work has premiered in the US and around the world. She is currently circulating Swallow the Fish, her critical/creative text on black feminist performance art practice,... go to artist page

Michelle Ellsworth makes solo performance work, performable websites, drawings, and videos. She was awarded the USA Artists Knight Fellowship for 2011. Ellsworth also received a National Dance Project Production Grant in 2013 for the creation and touring of Clytigation: State of Exception and a Production Residencies in Dance (PRD) grant... go to artist page

Born and raised in New York City, Gideon was consumed by an intensive study of jazz at La Guardia High School for Music & Art and the Performing Arts (the "Fame" high school). Gideon further developed his craft under the mentorship of legendary musical visionary Anthony Braxton at Wesleyan University.... go to artist page

Maya Jeffereis lives and works in New York, NY where she is a current MFA candidate at Hunter College in Performance, Video, and Installation. Her previous education includes a BFA in Painting & Drawing and BA in Classics from University of Washington in Seattle and Post-Baccalaureate studies in Performance Art... go to artist page

Through the use of photography, video, and other related media, Jayson Keeling Creates artworks that provoke and dismantle pop iconography and the accepted politics of sex, gender, race, and religion. His work has been included in exhibitions at the ICA- Institute of Contemporary Art Philadelphia, The Studio Museum in Harlem,... go to artist page

Rosamond S. King Ph.D. is a creative and critical writer and performer. She has engaged in guerrilla performance work around the world and her work has also been formally presented in the USA, the Caribbean, and West Africa. Her poetry has been published in over a dozen journals and anthologies.... go to artist page

Jonathan Lemieux is a multidisciplinary artist who currently lives and works in Montreal. His videos are distributed by Videographe (Montreal) and Vtape (Toronto), and have been screened around the world in high-profile festivals. go to artist page

Shaun El C. Leonardo is a multidisciplinary artist. He received his MFA from the San Francisco Art Institute and currently lives/works in Queens, New York City the borough in which he was born and raised. His work has been presented internationally and is represented by Praxis International Art, New... go to artist page

Saul Melman is a multidisciplinary artist based in Brooklyn, New York. His work takes form in sculpture, installation, photography and printmaking, all executed through the lens of performance. Melman was highlighted in The Believer magazine in which his work was described as creating a "kind of productive mental disorder." Parallel... go to artist page

Irvin Morazan was born in El Salvador in 1976 and now works and lives in Brooklyn, New York. He graduated from S.V.A. in 2003 with a B.F.A. and is currently enrolled at Hunter College. Past exhibitions/ performances include DCKT gallery, Exit Art, Rush arts, Sean Kelly Gallery, the... go to artist page

Luke Munn is a Berlin based sound-artist whose work incorporates performance, composition, and interdisciplinary projects. His practice centers on re-activating, and re-presenting real world sound from the architecture of a space, to objects donated from the audience and field recordings. go to artist page

Denise Prince is an artist and filmmaker. She has explored issues of cultural positioning throughout her career, using iconography to create playful narratives that hinge on vulnerability. go to artist page

Tara Raye Russo began her studies in Fine Art at the School of Visual Arts, studied graphic design at Pratt Manhattan, and continued her studies abroad at L' Escola de Massana, Barcelona, Spain and Lorenzo de Medici, Florence, Italy, focusing on painting and installation. In 2000 she received her B.F.A.... go to artist page

Marisol Salanova is a Spanish art critic and independent curator based in Valencia, where she got her degree in Philosophy. Her main areas of research are: Visual Culture, Technological Identity and Museum Education Programs, specializing in Gender Conceptualization within Contemporary Art. go to artist page

Nyugen E. Smith was born in Jersey City, NJ in 1976. rnIn 1994 he enrolled at Seton Hall University as a Political Science major with the intention of eventually pursing a Law degree. During his time there, he became involved in the dramatic arts landing roles in the the university's... go to artist page

Martin Zet is at the moment refusing to write a bio. Actually he wants to have a rest from the continuous task of creating a bio. You can consider this to be part of his fight for his freedom. go to artist page

Agni Zotis explores the self, the human condition, transformation, and transcendence through energy. She exhibits worldwide and her works are located in public and private collections. Zotis resides and works in New York City while traveling extensively examining cultures. go to artist page