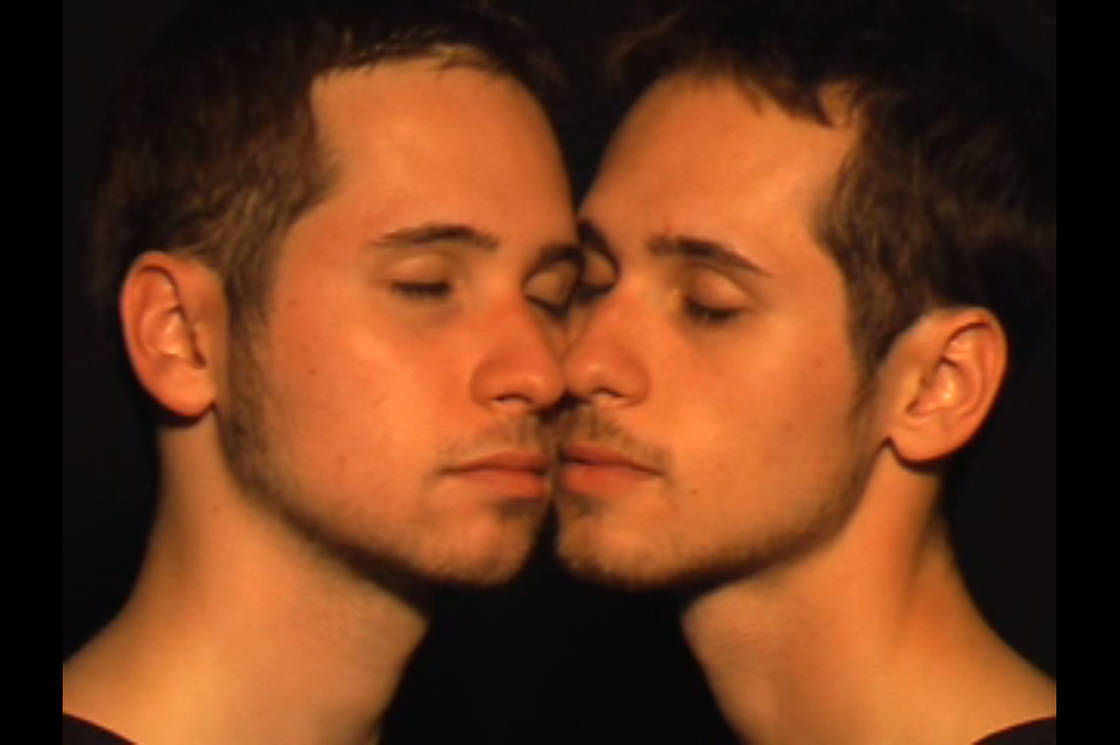 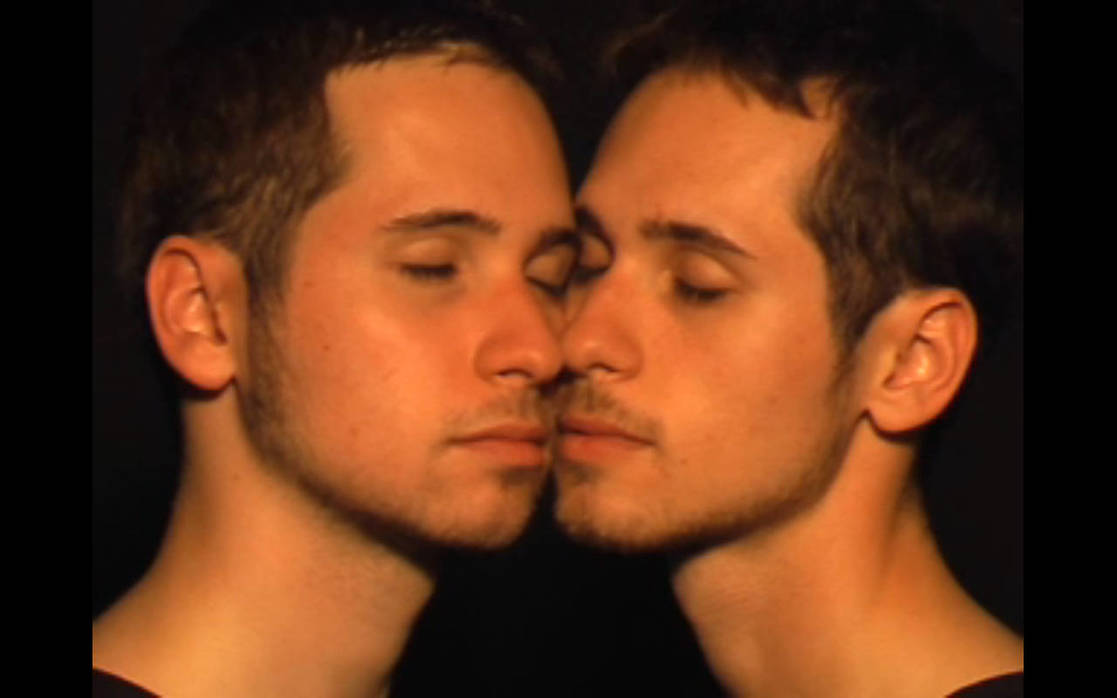 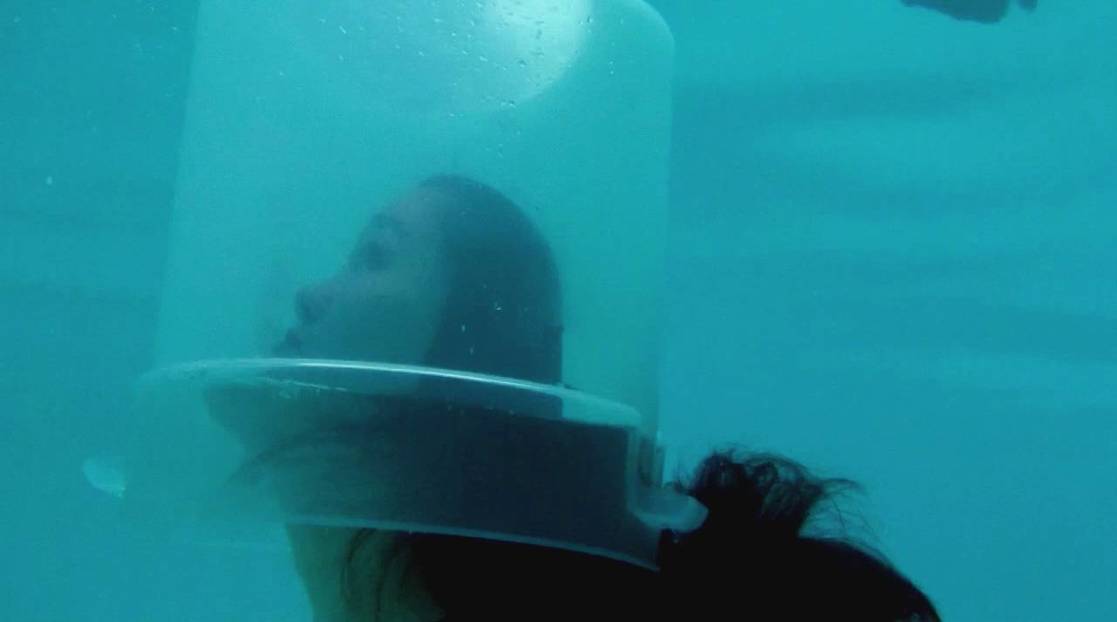 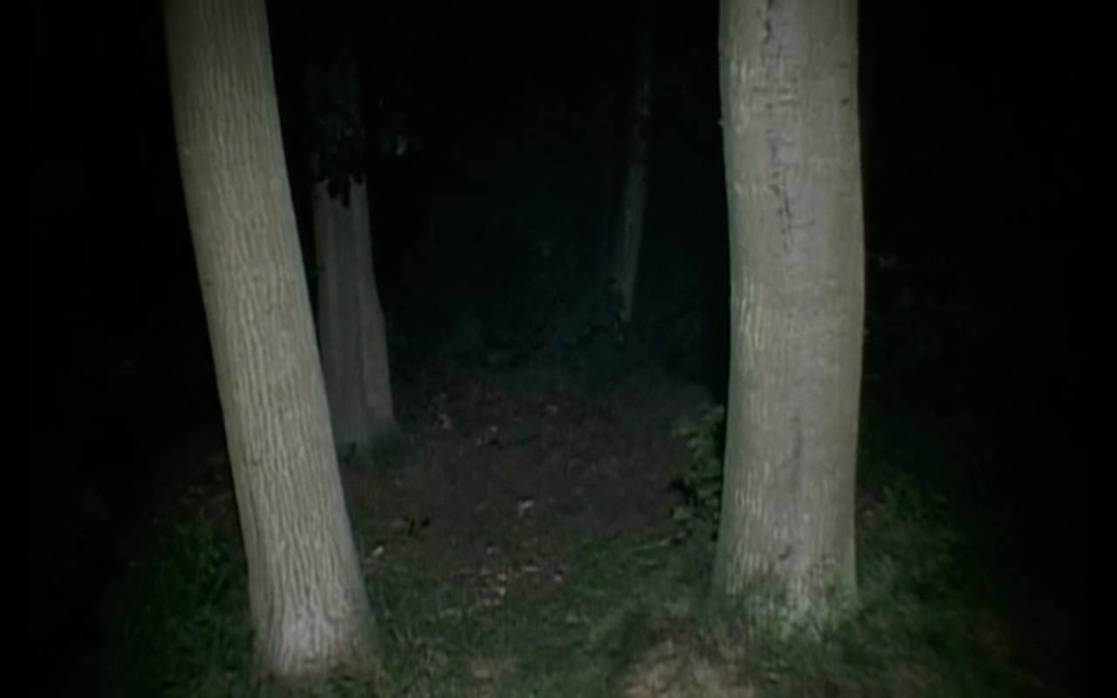 Currently in The Vault: Video
DeStilled Lives: curated by Kristin Rogers
For this SPACES Vault installment, Kristin Rogers has curated a selection of video works under the title "DeStilled Lives." The videos feature an assortment of quiet (still) "lives" that awaken into contemplative, cautious even, movement. Awakened, yet not immediately sure of their surroundings, these so-called DeStilled Lives move through their environments-through their narration-with a sense of quiet determination and lived awareness.

Le Moment by: David Claerbout
In this brief, but oddly action-packed single scene, David Claerbout uses archetypal cinematic tricks to create a suspenseful journey through a dimly lit forest that ultimately reaches an unexpected conclusion. Calling into question the ways in which we are conditioned to anticipate danger in films, Claerbout plays with tropes where scene movement and musical score can destabilize the viewer, inspiring genuine fear.

Escape Vehicle No.6 by: Simon Faithful
In this work, Simon Faithful cleverly deploys a soaring weather balloon carrying an unsuspecting chair (and the camera) to the heights of the heavens. Faithfull's videos often feature references to technology and how its ever-changing identity changes quickly and forever what is possible in art. Faithfull likes to think of his work existentially. He writes, "I think I am trying to measure the world ? to check whether it exists and whether, when I am not here, I still exist."

Blind Spot by: Gary Hill
Hold on tight for this seizure-educing voyeuristic ride into a slowly unfolded scene of a single passing moment. The narrative features a very brief encounter between the artist and a man on a North African street. The mechanics of the film gradate between frenzied strobe-like flashes and unapologetic periods of pure-like any great John Cage composition, encouraging us to consider the moments between the notes. Ultimately, the viewer is forced into an intimate relationship with the subject and the shifting emotion seen in his face.

Encore by: Isaac Julien
Encore opens with rich, color-saturated images of Saint Lucia, an island country in the eastern Caribbean Sea, where the film was shot and which is the birthplace of Julien's parents. A scene of violence interrupts this setting quickly transporting the viewer to the dark, gray, dismal world of London. By juxtaposing a dreamlike paradise against an industrial wasteland, Julien may be alluding to issues of displacement.

Automatic Writing by: William Kentridge
Kentridge masterfully executes his signature charcoal animation technique. The work portrays a tide, where stream of consciousness blurs into outright unconsciousness, and back again. The story reveals two main characters and their romantic, dreamlike encounters-brushed with memory, and ultimately bathed (transformed into even) the endless stream of their written correspondences. With a hauntingly lovely soundtrack and Kentridge's frenetic transforming drawings, this story is filled with passion and intimacy.

Portrait of a Woman by: Margot Quan Knight
Margot Quan Knight is interested in how photographs capture singular moments, and how the snapshot has increasingly become the measure of our memories. In this video, the artist examines the passing time by assembling hundreds of still images (similar to a flip-book). To reinforce her examination, Knight adds ambiguous and fragmented familial sound bites. Combined, the images and the sounds produce an arbitrary and abstract collection of experiences, thoughts, and memories of one woman's life.

Epilogue by: Qian Li
This video is the life story of two humanized dots discovering love and hardship within today's society. The piece intends to evoke personal memories that are emotionally tied to the viewer's own experiences. The visuals are strongly tied to traditional Chinese painting. The rising and falling life of the dots is synchronized with the music, with the intent that they empower one another.

Goodbye 20th Century by: Patte Loper
In Goodbye 20th Century, Loper has appropriated a scene from a David Attenborough nature documentary, setting it to Sonic Youth performing Steve Reich's 1969 composition "Pendulum Music for 3 or more microphones, amps & loudspeakers". In Loper's video, as in much of her work, fawns play an important role. The narrative here, somewhat fixed in time, becomes organic nonetheless. The jarring audio, combined with the tentativeness of the animal, creates a mixed energy of uncertain certainty.

The Debrief at Cold Lava Bay by: Ethan Murrow
Inspired somewhat by childhood determination to succeed, The Debrief at Cold Lava Bay fast forwards to an adult protagonist, ensnared with an obsession toward glory and heroism. Murrow writes, "There is a point when passionate experimentation can transform into the obstinate pursuit of monumental results. This is where my characters reside, living dangerously close to disaster, embarrassment and innovation all at once. Their actions are defined by the catastrophes and accomplishments of past explorers and inventors." Shot on the Oregon Coast in the fall of 2005, this grey and dreary work looks at the human habit of spiraling into the obsessive, albeit pointless at times, journeys into the depths of details.

Driving Bell by: Barbara Polster
Diving Bell immerses the viewer into a scene where a young woman is breathing underwater. As she swims beneath the surface of the water, she occasionally approaches a submerged plastic bucket, inhaling from the entrapped pocket of air. The combination of the rudimentary construction and the beauty of the act of swimming and breathing allows the viewer consider the natural desire to accomplish the metaphorically implied feat.

Narcissusissy by: Eric Rippert
Watch closely. This video is a fantastic visual and literary pun-a total gut punch, without needless fanfare. Narcissusissy is a tableaux of face-to-face identical twins, peacefully pressed against each other over a seemingly indefinite period of time. Or, it's a single character, pressed against a mirror, enacting the endless gaze unto himself, impotent as it may be, like the Greek protagonist, Narcissus. Either way, the cautiously slow movement creates a sense of unease and curiosity-reminding us, at once, of both the beauty and the glut of self-love.

Hymn by: Jennifer Schmidt
With Hymn, the printer as object becomes a theater for humanistic projection. Information is transcribed and translated through the device to differentiate a printed image of two people sitting in a pew, accompanied by a phonetic score of its own making-an operatic hymn of hums, bleeps, and drones, which mediate and pronounce the "event of reproduction" an existential act of prayer and insistence.

David Claerbout, born in 1969 in Kortrijk, Belgium, is an artist working in the media of photography, video, sound, drawing and digital arts, though perhaps he is best known for his large scale video installations. His work exists at the meeting point between photography and film, and is at the... go to artist page

Faithfull was born in Braziers Park ? a utopian commune in Ipsden, Oxfordshire. He received his BA First Class from Central St Martins School of Art and his MFA from Reading University. His practice takes a variety of forms ? ranging from video, to digital drawing, installation work and writing.... go to artist page

Gary Hill (b. 1951, Santa Monica, CA) has worked with a broad range of media - including sculpture, sound, video, installation and performance - since the early 1970’s. His longtime work with intermedia continues to explore an array of issues ranging from the physicality of language, synesthesia and perceptual conundrums... go to artist page

Isaac Julien was born in 1960 in London, where he currently lives and works. While studying painting and fine art film at St Martin's School of Art from which he graduated in 1984, Isaac Julien co-founded 'Sankofa Film and Video Collective' in which he was active from 1983-1992. He was... go to artist page

William Kentridge was born in Johannesburg, South Africa, in 1955. He attended the University of the Witwatersrand, Johannesburg (1973-76) and Johannesburg Art Foundation (1976-78). go to artist page

Margot Quan Knight received a Master in Fine Art degree from the Milton Avery Graduate School of the Arts at Bard College in 2009. From 2000-2002 she was a sponsored photographer at FABRICA, the communication arts research center of Benetton, located in Italy. She earned her BA in Studio Art... go to artist page

Born in Qingdao, China. Received BFA from the Academy of Arts and Design, Tsinghua University in Beijing. MFA at UMass Dartmouth in Massachusetts. Qian is an associate professor at Cleveland State University.Qian Li is an internationally renowned artist working with painting, video, interactive installation and mixed media. Her work was... go to artist page

Patte Loper is a painter who experiments with sculpture and video, she was born in Colorado and grew up in Tallahassee, Florida, a subtropical college town where she first developed an appreciation for the ways nature and culture can overlap. She currently lives and works in Brooklyn, NY and Boston,... go to artist page

Ethan Murrow received his B.A. from Carleton College and his M.F.A from The University of North Carolina at Chapel Hill. He shows his work nationally and internationally. go to artist page

As an artist, curator, and musician, his projects are driven by interdisciplinary intentions, and frequently involve multi-media approaches. Labor, sympathy for the proletariat mindset, and accessibility are common threads that imbue his diverse scope of art production. Although his content is, at times, compound and intricate, he avoids the clandestine... go to artist page

She received her Master of Fine Arts degree from the School of the Art Institute of Chicago in 1999 and Bachelor of Arts degrees in Studio Art and Art History from the University of Delaware in 1997; and is Regular Full-time Faculty within the Print Area and Graduate Program at... go to artist page