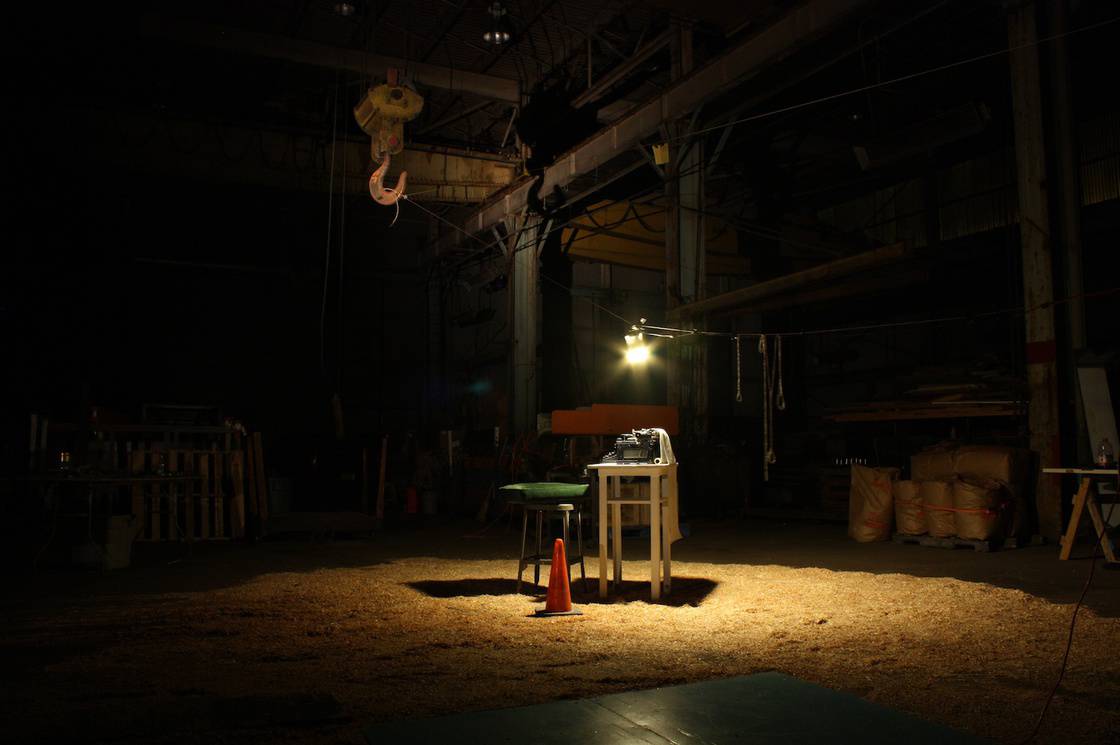 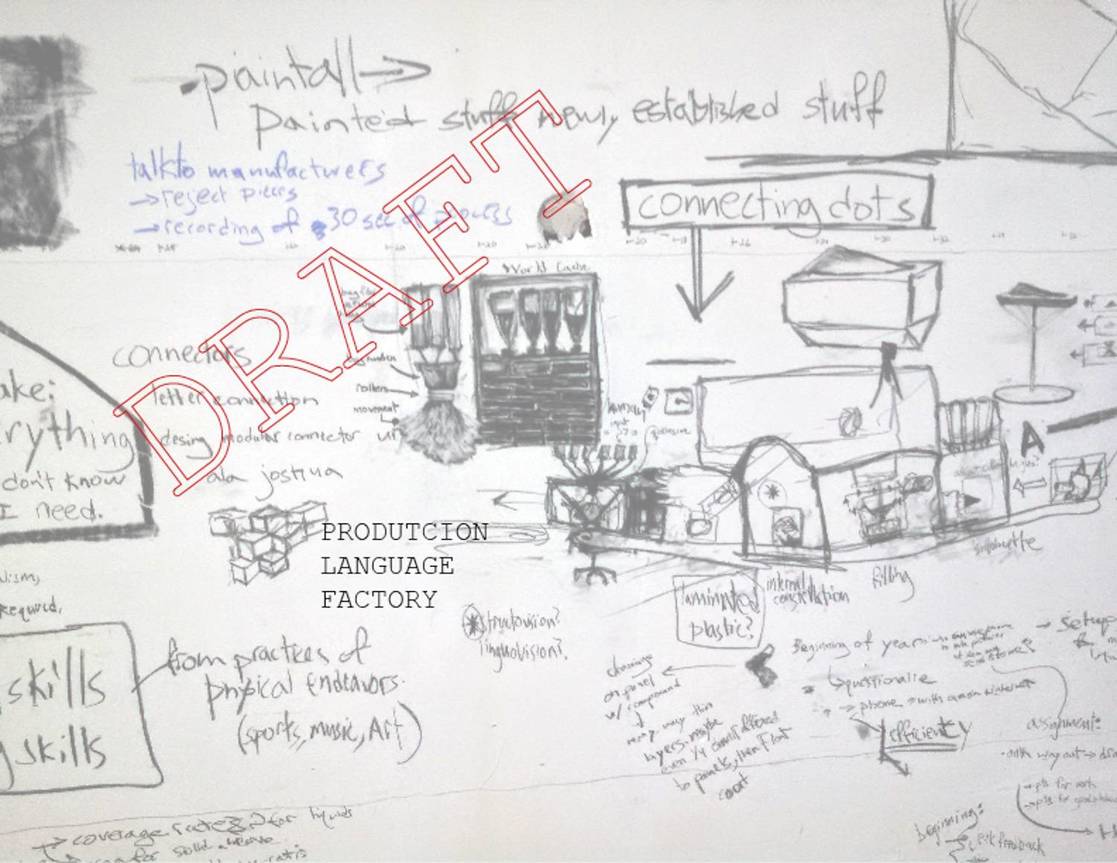 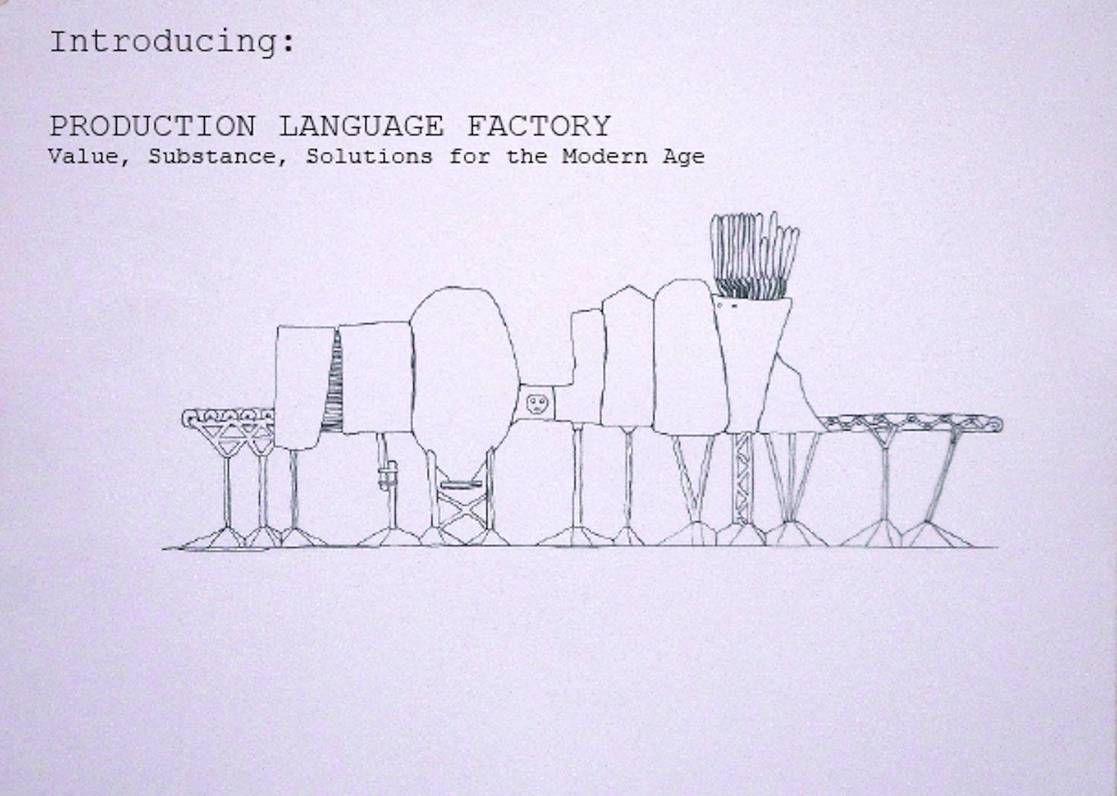 The Production Language Factory (PLF) is now up and running in Cleveland! This summer, the PLF and its Director of General Affairs, Jake Beckman, will be conducting market?oriented, machine/body research and product development at their first ever North American facility. The PLF was founded on the belief that the human body still has a role to play in the technologically?oriented production environment of the future and hopes that its products will not only be commercial blockbusters in a market yearning for the creation of a new machine/body language, but will also foster meaningful questions related to the creation of value, the transformation of substance, and the role of the human body in the working world.

Jake Beckman has spent many hours building machines that help in the making of other artwork, leaving them behind when they are no longer needed, like much of the landscape of the industrialized cities that have inspired his artistic practice. Abandoned shells of buildings and overgrown yards-once symbols of the economic might of a nation-and the crisscrossing structural supports of bridges, cranes, train tracks, and roads, all become reference material in the language of his art. For The Production Language Factory the machine will become the centerpiece of a three month long investigation into the creation of value from raw material into goods. It will serve as a microcosm for all of the forces that collide in the ever-present transitions of human enterprise into and out of natural process.

Jake Beckman creates installations, both small and large scale, that are informed by anatomy, paleontology, and industrial engineering. Beckmans installations are inspired by a fascination with the connections between the man-made and the natural physical world. Born in Cleveland Heights, OH, Beckman graduated with a BA from Swarthmore College in... go to artist page