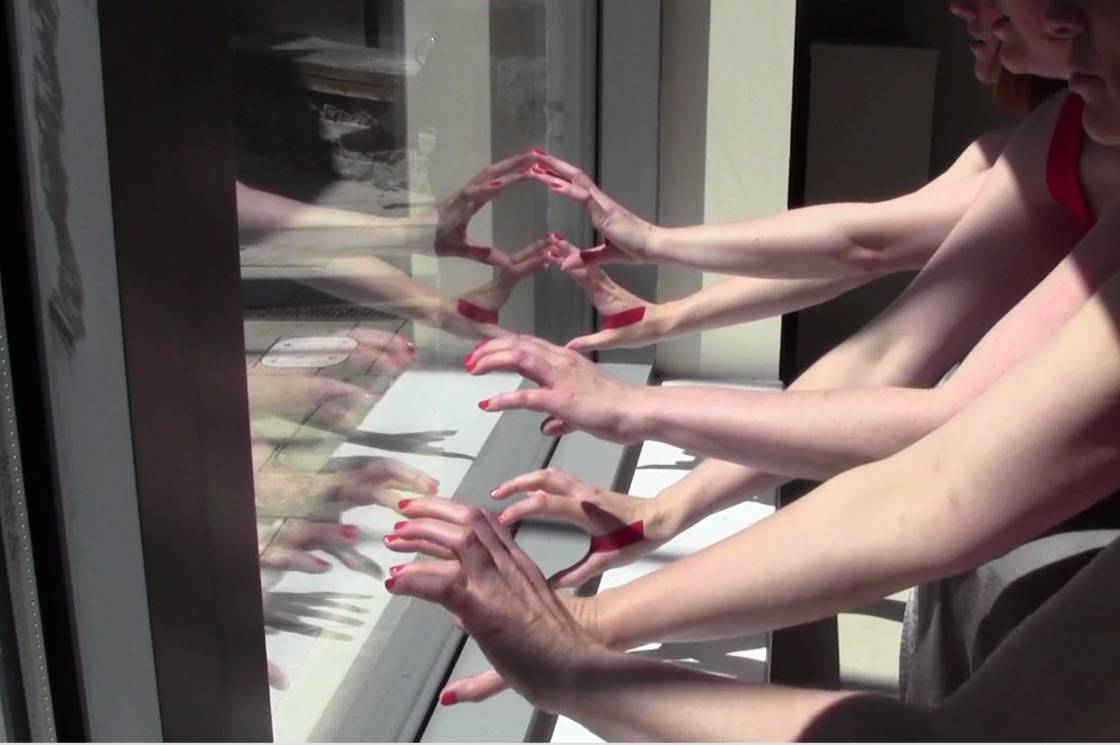 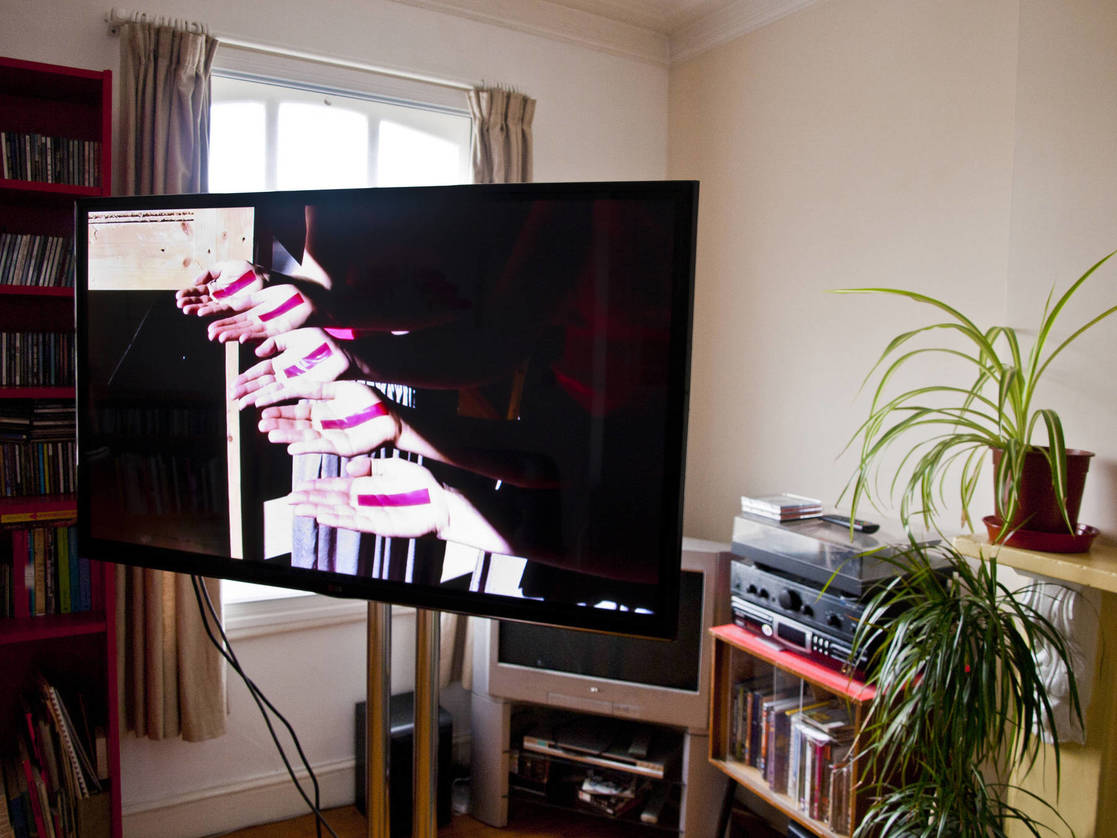 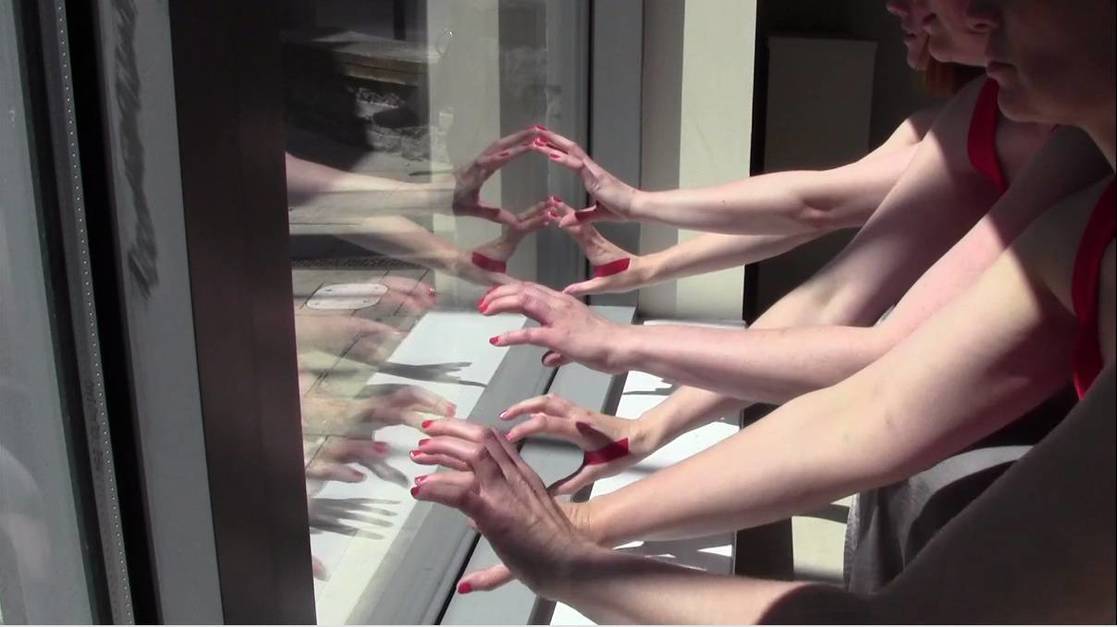 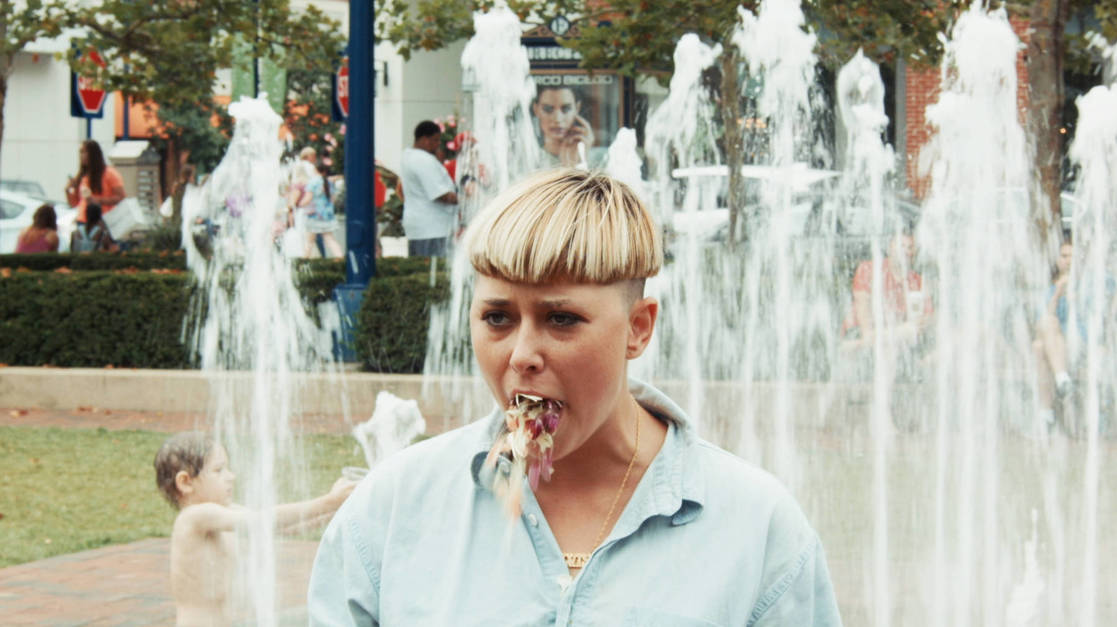 Deeper Structures
Curated by: Elena Harvey Collins (Cleveland Hts., OH)
Deeper Structures brings together artists who use a variety of strategies in order to compress, stretch, and chop narratives, often revealing hidden patterns and rhythms that move beneath the surface of a story. These works bear certain hallmarks of traditional 3-part narrative structure, yet they wander off script, leaving the viewer in the middle of events, with little explanation, left to fill in the gaps.

Throughout the works in Deeper Structures, sudden shifts in perspective, intensity, and logic abound; decision making as to the timing and cadence of a work reveals the relationship of the film maker to subject. It's in the cut that the presentation of "real life" is ordered, and these works push the ability of the camera--and the edit--to question and conflate our mediated experience of everyday life.

Yvonne Carmichael, (Leeds, UK)
Carmichael conducts research into the affect and gesture of retail workers in now-empty stores, isolating the repeated movements and developing a choreographed folk tale that memorializes the past of these spaces.

Dani Leventhal, (Columbus, OH)
In Leventhal's personal and visceral films, the video itself becomes a tactile surface as she uses the camera as a tool to strip back the barriers between herself and her surroundings.