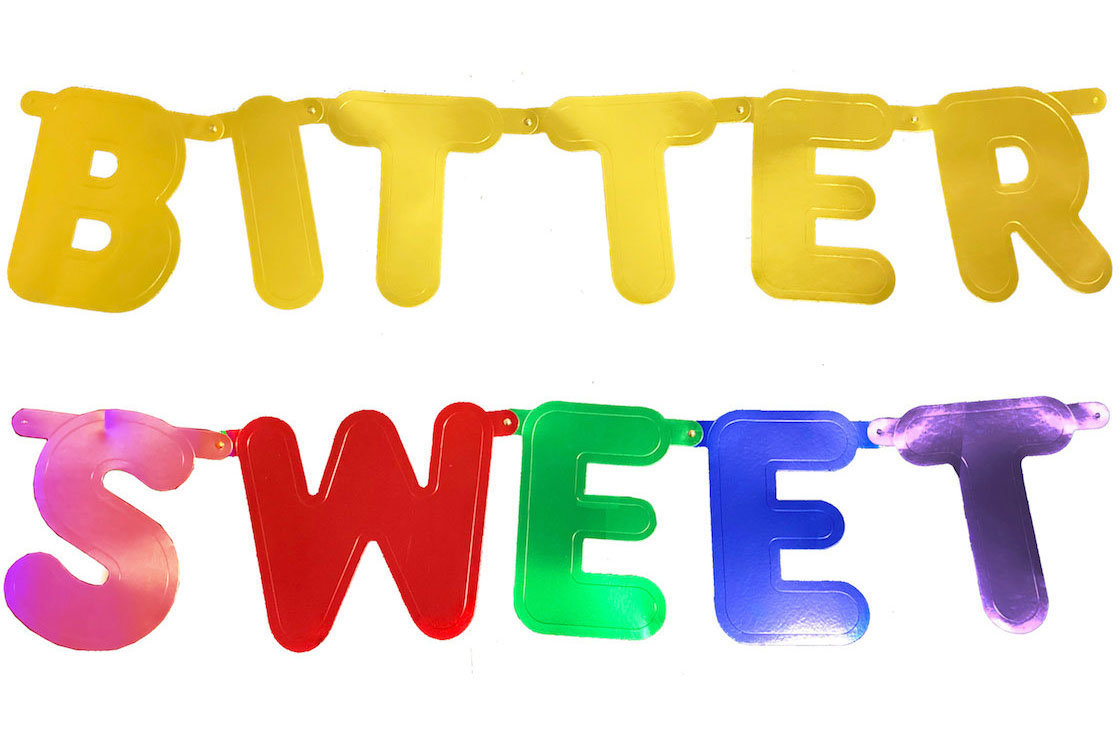 BITTER SWEET is a word play for the playful yet resentful actions from cartoon characters (such as Tom and Jerry), in addition to “bittersweet” for the nostalgic feeling from memories of such shows; the feeling of sadness of time and memories. The work depicts fun and violent behavior within the era of retro children's cartoons in comparison to aggressive and competitive activities at children's birthday parties. Memories from playing games at children’s birthday parties reflects the determination and combative behavior that we see in our adulthood. Such as politics, workplaces, dating, war, and more. Bitter Sweet visually communicates the mind set and mood of living in the hectic modern age. The lively colors and a tasteful sensibility inspired by the decorations of children's birthday parties distracts from the aggressiveness and gloomy habits of the work. Bitter Sweet captures how media and pop culture subliminal portray or censor the truth of reality- just as retro cartoons. 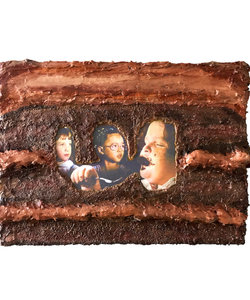 Erykah Townsend, also known as E.T., is a conceptual artist from Cleveland, Ohio. Her paintings and objects are heavily influenced by pop culture. She quotes, “I use pop culture as a medium itself - exploring the spaces it fills in our lives and the inquiry of how real are the... go to artist page