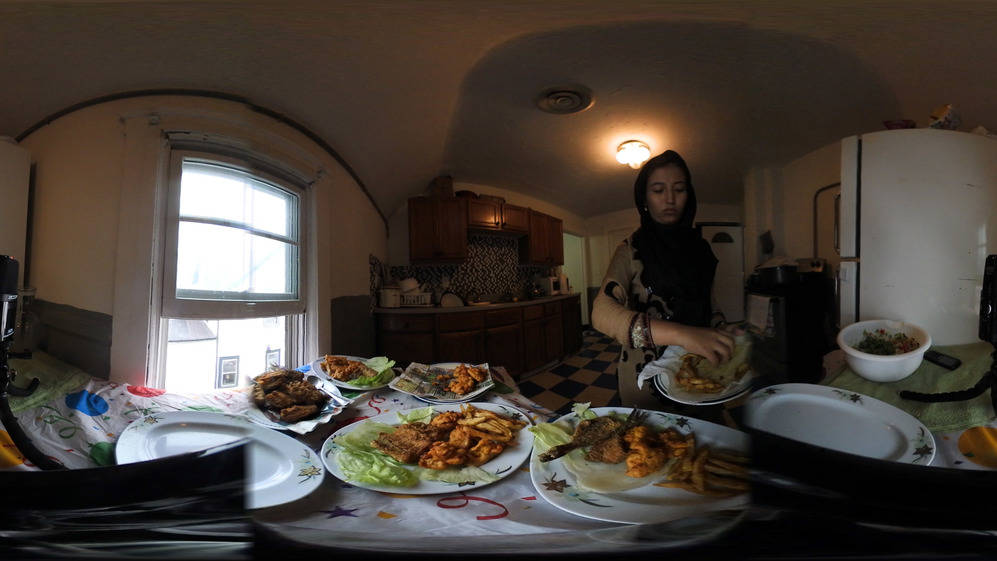 (Cleveland, OH) – In 2019 SPACES created The Urgent Art Fund to offer support to five Cuyahoga County artists in the creation of new artworks that are socially, politically, or culturally responsive. Since opening the application process on January 2, 2019, SPACES has received nearly 50 applications.

Urgent Art Fund applications were accepted on a rolling basis and were judged on the projects’ feasibility, artistic quality, ability to create an exchange of ideas, and alignment with the purpose of The Urgent Art Fund. Previous 2019 grantees include:

Cigdem Slankard’s Breaking Bread is a virtual reality documentary exploring the multifaceted stories of refugee communities who have recently arrived in Cleveland. The film will feature four vignettes, in which a traditional meal with different refugee families serves as the backdrop for discussions centered around food, family, community, and experiences before and after resettlement. Breaking Bread will premier at the Crossing Over Symposium, Oct 4 - Oct 5, 2019, at Cleveland State University.

Akron’s Homeless Children, by Kevin Naughton, is a documentary that explores why roughly 1,800 of the 23,000 students in Akron’s public school system experience homelessness every year—a rate that far exceeds the national average. The film is currently in production and is scheduled to debut in September 2019.

Rickey Lewis’ I care about my life & I care about your life is an interactive project designed to help heal relations between polarized groups in East Cleveland, including teens, police officers, and patients from the Rosary Hall Treatment Center. Join him at SPACES on June 15, from 3 - 6 PM, during a celebration of the collaborative artwork.

The Urgent Art Fund is supported in part by the residents of Cuyahoga County through a Support for Artists grant from Cuyahoga Arts & Culture.