In The Book Of Tea, Kakuzō Okakura writes “Translation is always a treason, and... can at its best be only the reverse side of a brocade – all the threads are there, but not the subtlety of colour and design.” This exhibition is about what happens between the front and back of the cloth, the lossy mechanism of translation by which something (the messy world) is turned into something else (systems).

Data is a massive industry, gobbling up every move you make online and scraping millions of images of faces and everyday objects, turning those mundane bits into systems that serve us targeted ads, understand our desires and fears, drive cars, guess if we are homosexual, assign us a social credit score, and determine who is released from prison. The title of this exhibition, Universal Approximator, comes from a theory in artificial intelligence that claims any real-world object can be represented by a mathematical function. This kind of techno-optimism fuels the data industry but, like Borges' map, the resulting system is always an approximation.

In the 1982 movie Tron, Jeff Bridges' character Flynn is digitized by a rogue piece of software and sucked into the computer. Like Okakura's cloth, there is a moment when Flynn is both human and digital or somewhere in between, existing as an ongoing conversion from the messy “real” world into an abstraction. (See also 17th-century artist William Gilpin, who used a Claude glass on his carriage to watch the world glide by through a proto-smartphone screen. Or Gertrude Stein: “If there is a name in a sentence a name which is familiar makes a data and therefor there is no equilibrium.”)

The pieces in this show – animations made from people's touch gestures as they scroll through my website, photographs of every leaf from a single tree, a generative text piece made from found sentences about windows and sky – are born out of an impulse to create collections of mundane objects, the surprising differences each part has, and the loss that happens as we try to convert them into a digital, singular form.

(scroll down for details and links to projects)

We paw, swipe, scroll, stroke, and peck our phones: the screen’s slippery, oleophobic surface offering so little resistance as to be imperceptible, a completely transparent interface. The glass of our phone’s screen is smooth and silent: paper seems shockingly rough by comparison. This project presents approximately 800 recordings of different people touching my website through their phones as well as recordings of the nearly inaudible sounds our fingers make as they thud against the screen, hiss along its surface, and meatily-plop as a finger is lifted. 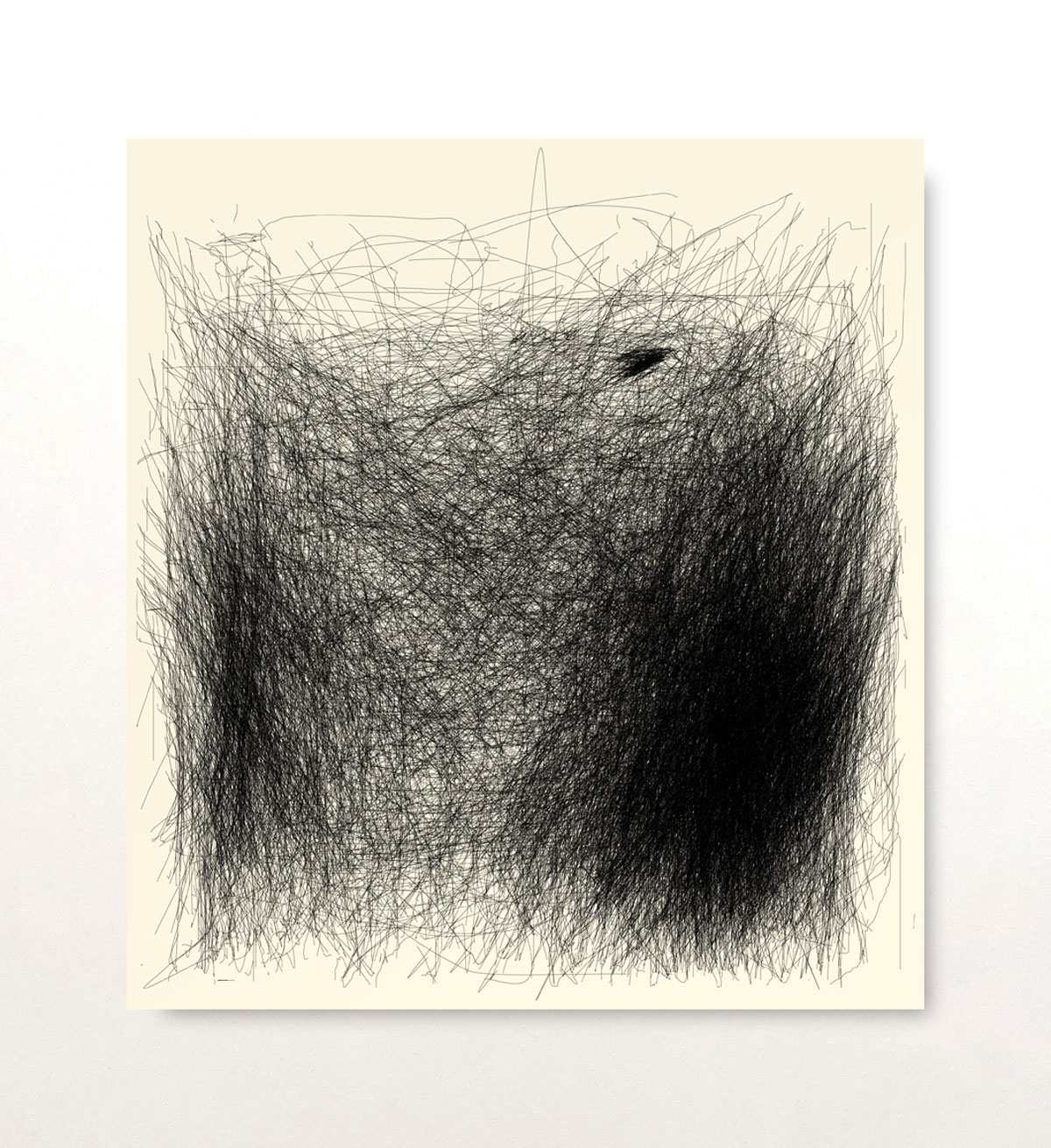 Recordings from approximately 1200 different users touching my website through their phones, all overlaid on each other.

The Parts of a Thing Are Something but Not the Thing

Every leaf from a single hickory tree, pressed, dried, and photographed. I have long been fascinated by the idea of a versus the, as in "a leaf" versus "the leaf," the insistant object-ness of a single instance of a thing in the world in contrast with the thin, Platonic-shadow that neural networks and other artificial intelligence systems reduce vast collections into. A single leaf is representative of the tree but is not the tree, a tree is not the forest, a cell is not the leaf. Special thanks to Wave Farm.

Generative text made from hundreds of sentences about windows and sky, pulled from books on the Internet Archive. Released as an edition of 2260 unique versions (the average number of visitors to the SPACES site each month) and published in the form of "web storage," a format similar to internet cookies. Automatically created and installed on the computer of anyone visiting any page on the SPACES website.

Visit the SPACES site to get your copy

The resource and public forum for artists who explore and experiment